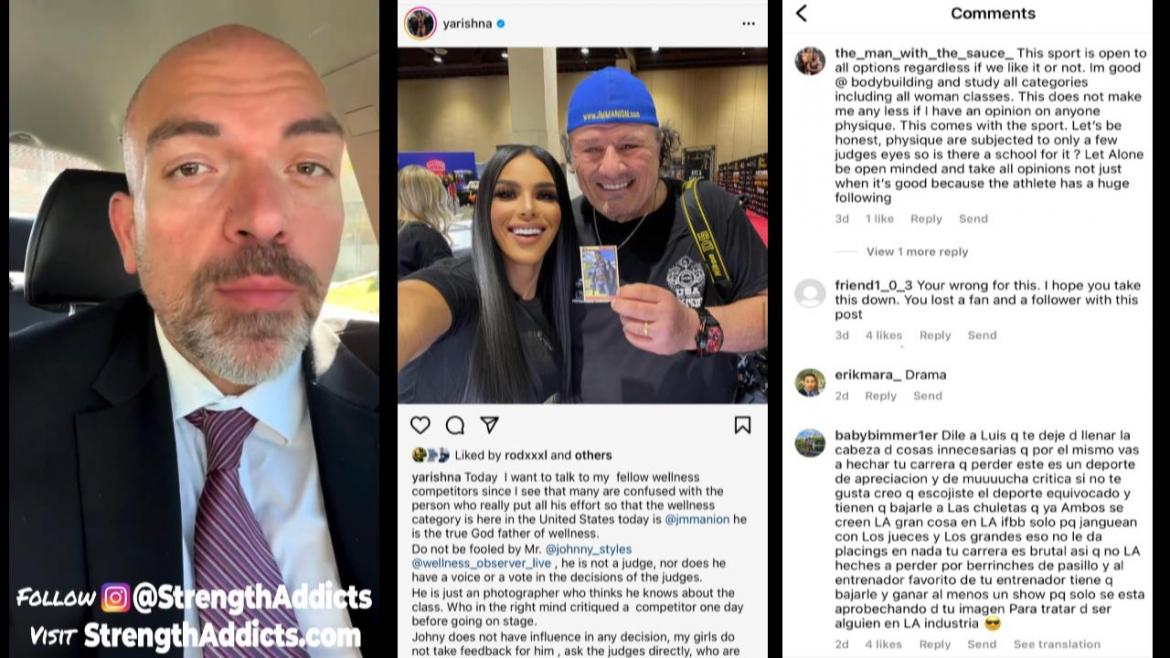 In a move that sent shockwaves throughout the fitness industry Wellness superstar Yarishna Ayala put out a post to her 3 million followers denouncing Johnny Styles of the Wellness Observer Live. For many of us the post caused a doubletake because as far as we knew Yarishna and Johnny were both extremely close. In fact, Styles said it best on his response video, stating they were both kids from Puerto Rico who reached for the stars and made it big in the IFBB. For years we’d seen photos and videos of these two and they seemed to be the best of friends. Then all of a sudden Yarishna blasted Styles. She questioned his credentials, his relevance, and tried (unsuccessfully) to pit him against one of the most influential names in physique-based sports. The attack, with anticipated comments, amounted to hitting the nukes.

That said, the post in question was an epic fail on a variety of levels. Whereas Yarishna’s main point of contention was Johnny critiquing her prior to competing this could have (should have) been resolved with a phone call. She had the guy’s number. She could have texted or called, but she did neither. It seems her only means of recourse for the alleged slight was to blast a longtime friend in front of an audience 3 million strong.

Where Ayala really blundered was dismissing Styles as “just a photographer.” That not only threw shade at his contributions to the industry but it ruffled the feathers of every journalist in the bodybuilding world. The word just illustrates how often the press in physique-based sports get under-appreciated and overlooked. Ayaya isn’t the only to look down at the very people who promote the sport with the greatest passion but she’s the one that had the audacity to actually attribute it publicly to her name. Writers, YouTubers, commentators and photographers/videographers took exception with her failed attempt at denigrating a blue collar journalist who’s helped countless athletes – herself included!

Although public opinion has surged and many have called for the Wellness champ to pull the post it doesn’t seem like that’s going to happen. Only time will tell if Yarishna and Johnny patch things up, but he played it right. Even on his response video, he gave the star a way out. He didn’t fire back and he certainly didn’t look to prolong the hurt for views or clout.

In reality I’m sure Styles is hurt by this post but he kept his feelings to himself. Hopefully these two talk it out, but I suspect the damage has been done. I don’t know that they’ll be able to reconcile. How does Styles just forget about this? I don’t know.