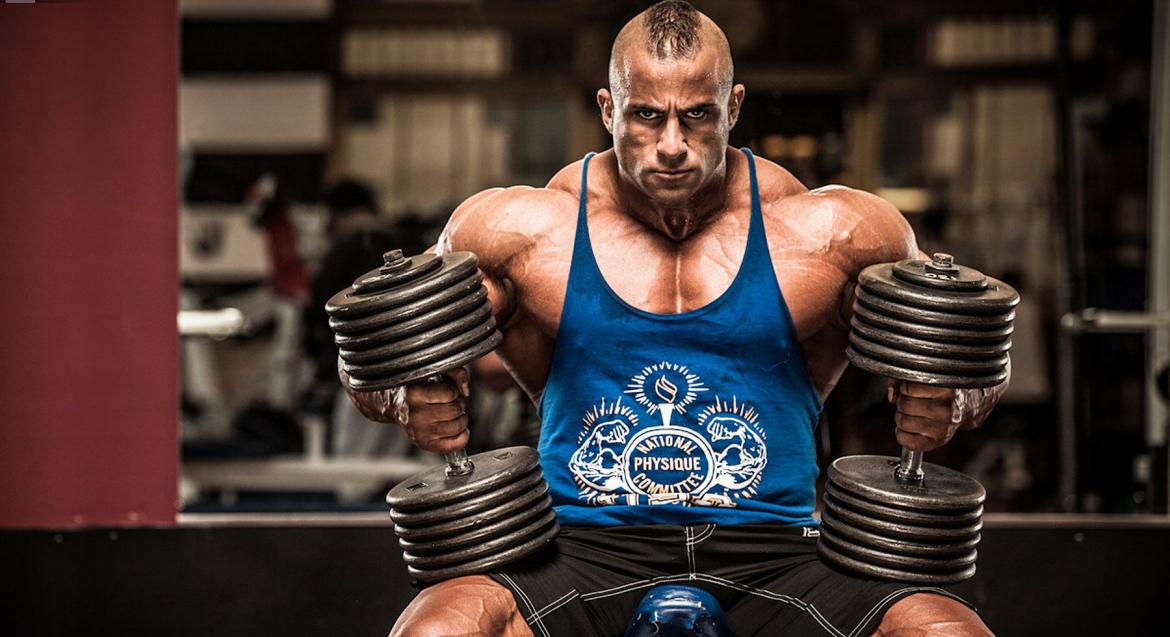 When it was all said and done Fouad Abiad hadn’t said much but the reaction of the few words he uttered created a powerful response in the sport of bodybuilding. Sometimes it’s not what you say but how you say it. Sometimes when you say it also plays a critical role. The bottom line is that Abiad wasn’t trying to start a feud. In fact, he didn’t even mention the longstanding Athletes Rep Bob Cicherillo by name. I figured he was trying to get a rise out of the former NOC runner-up; however, Abiad insists that his goal was quite the contrary. He was trying to put out any potential fires by omitting the outspoken Mr. USA’s name. That said, everyone knew who he was talking about so it wasn’t abundantly necessary that he implicated Cicherillo in the remarks. His critiques were also not made on a personal level. There weren’t any disparaging remarks about Bob’s personality, his work as an MC, or any digs at his pro career.

I believe Fouad’s points were good ones and I think Bob missed a huge opportunity in providing a meaningful rebuttal. If anything his response echoed many of the sentiments that permeate in the world of bodybuilding and the fitness industry. It’s a situation in which one man holds a post indefinitely and any criticism is met with a blunt response followed by the potential for a gang pile up. That’s how it works in dictatorships, not democracies. Bob’s antics – questioning Fouad’s manhood and integrity – simply for giving an opinion cast a very poor image of the Federation and the sport. Plus take into account that Abiad – as an IFBB Pro – has every right to ask questions about what his Rep is doing. Whether he’s an active pro or a retired pro if you want to be technical about it Bob works for Fouad. He works for Fouad, Guy, Roelly and Brandon. If he truly is the Athletes Rep he works for the Athletes and if the Athletes have questions – not even grievances – he’s going to insult them for it?

The main reason that the powers that be allow Bob to continue on with this post is because they don’t care about it. The Athlete’s Rep is an unpaid, name only position. You heard it from Bob’s own lips. There’s something like a five or six to one ratio of bigwigs in the room to the AR. Cicherillo mentioned the Big 2 (which in reality is the Big 3), he mentioned three super powerful promoters/zone chairs, and then him. None of these heavy hitters actually give a rat’s ass what Bob says and here’s why.

In collective bargaining the workers – in this case the pro’s – only have power if they’re organized and disciplined. Take the UPS workers for example. When they didn’t get the concessions they were looking for they went on strike. The strike was one of the most successful in labor history. They were militant and disciplined. Even when times got tough and their families started to feel the financial crunch, they didn’t break the lines. They held their ground and they won big. In order to have collective bargaining you need to have leverage and in bodybuilding the pro’s have none. They make huge amounts of money for the sport, they pay to play, and they have nothing. There’s no life insurance, no health insurance, not even free tickets to local contests. They’re not organized and most haven’t the faintest idea they have any representation at the table. Look at Fouad, he honestly didn’t even know that Bob was still the athlete’s rep. And take note from Cicherillo’s own rebuttal where he clarified that he’s not only the men’s athlete’s rep but by default he’s also the women’s one too. That’s odd considering that not too long ago he was making fun of muscular women and women’s bodybuilding. Now of course he works for the biggest fan of muscular women on the planet so he’s singing a different tune.

Bob has also openly criticized Hadi Choopan for synthol use. Hadi is a pro and as athlete’s rep it’s Bob’s job to deny, deny, deny any synthol use. Even if Hadi had a bottle of Pump ‘n Pose visibly sticking out of his back pocket, it’s Bob’s job to DEFEND Hadi – not add onto the attacks. You are the Athlete’s Rep – your job is to defend the athletes not side with the judges!

How is the Athlete’s Rep selected? Do athletes get to vote and if so when? What election did Bob win to get this position? If in fact he has a seat at the table and if he represents the athletes on any level, where’s the accountability and oversight? If there are meetings in which he’s head at the Federation level when and where does he formally report what’s been done to his constituents – the athletes?

That’s all Fouad wanted to know. That’s all I want to know.

I know what I know. I’m not an expert but I know what I know. This is bodybuilding and in bodybuilding the pro’s make what they’re deemed they should make. They don’t get to ask for more and they have zero representation. If and until the bodybuilders vote in an open and legitimate election for who represents them the position will continue to be a joke. Every major league sport has a union, every professional major league athlete has representation, and every union collects dues. Unions need money to operate, they can put together 401k’s, group health insurance, and pension funds. Currently there’s thousands of active pro’s and many more inactive that could join a labor collective. Even paying something nominal like $30-$50 a month in union dues could provide enough money where creative investment planners could put something worthwhile for the bodybuilders. If there was a bodybuilding union poor Shawn Rhoden would NEVER have been sidelined for years without there being a criminal conviction. That NEVER would have happened. Did Bob do anything to push for Rhoden to compete? Who knows.

If a union existed Lee Priest would never have lost his pro card, no pro would go without health insurance, and lives would probably be saved. A great many pro’s don’t have a pot to piss in. Some live in their cars, others on friends’ couches, and they’ll do whatever needs to be done to make it, to get their drugs, work out, and get from show to show.

You guys all remember that cramped apartment Kai Greene lived in when Dave Palumbo then with MD visited. It may have been another lifetime ago when he lived there, but there were times Greene was living rough, scraping by, and probably missing meals just to be able to compete. Who knows if he had health insurance during that time. Even the cheapest marketplace plans today start at around $400 a month and that won’t get you seen by most doctors’ offices. If the bodybuilders had a union this issue, and many others, could be remedied. In fact, why draw the line with pro’s? If amateurs wanted to join, you could have tens of thousands of members worldwide. You could also have pie in the sky but that doesn’t mean it’ll happen. This is bodybuilding after all.

Nothing is going to change. Getting angry at Bob for doing nothing is about as bad as Bob taking credit for the creation of 3 new divisions and dramatically improving the condition of athletes. He has no power as Athlete’s Rep, he has no budget, and he has no pull with the athletes he represents. If he even tried to send a directive most wouldn’t even open his email. That’s not a dig on him, it’s just the reality of the matter. No one voted him in and no one looks to him as their leader. He’s got a title he throws around and talks into a webcam with a cute little backdrop like so many others do – myself included.

If things were ever to change the first step would have to be an election. Whoever holds the post of Athlete’s Rep should at least be voted in. Next, that person should work on creating some kind of movement. If you don’t like the union model then use a different one but they’d have to work to organize the bodybuilders, create some kind of oversight, and work on a series of proposals. These proposals should be presented to the athletes. Let them decide what’s important, not the rep.

Once the people have their say, THEN their representative takes those proposals to the bosses/powers that be. Those proposals would be backed by the votes of thousands of pro’s and that would have commanded more consideration than proposals thought up by one man with an arguable connection to the men and women he represents.

Again, just my two cents. I’m sure it’ll fall on deaf ears but I’m always glad to share my thoughts.