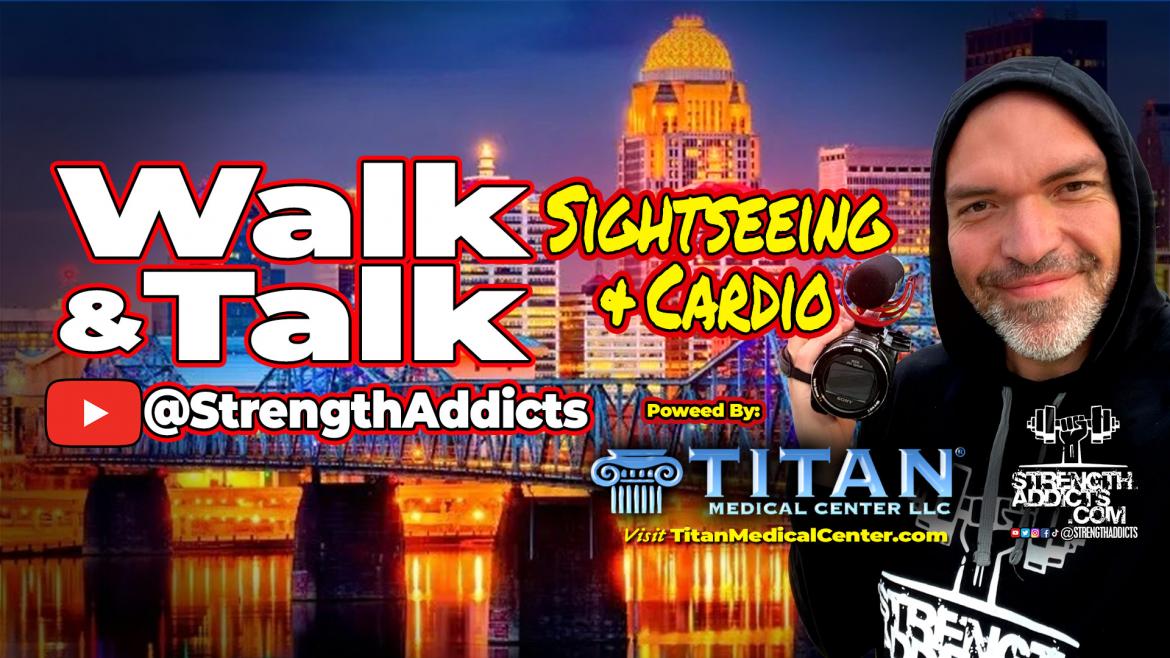 I don’t know about you but doing cardio on a treadmill gets super old after a while but what’s there to do? Unfortunately Louisville isn’t a city too keen on sidewalks or putting a great deal of money into public transit. I’ll let you read between the lines and speculate why that might be. Where there are sidewalks there isn’t very much to look at and they’re not continuous for very long either. Traffic is also getting to the point where it takes all the pleasure out of walking. Perhaps it’s similar to this where you live also.

The idea is to exercise not dodge lunatic drivers, fall into potholes, or step on dog crap. On top of that forget about walking in the sweltering heat of summer or the cold months where you might slip on black ice or have to trudge through snow. This is why most people simply give up on walking in Louisville neighborhoods and settle for doing all their cardio at the gym.

Don’t get me wrong I love the treadmill as much as the next guy. I use the time to catch up on my emails, work on Instagram, and of course – watch YouTube videos! That said, I also love exploring new places, looking at people living around me, and getting some fresh air. Enter Walk And Talk – Sightseeing And Cardio here at StrengthAddicts powered by Titan Medical Center! It’s getting outside, it’s filming, AND talking bodybuilding. It’s just a way to burn calories – it’s highly therapeutic as well!

But don’t worry, I cover bodybuilding too! Crazy, huh?

On the first edition of Walk And Talk I discussed my thoughts on a potential Derek Lunsford invite to the 2022 Mr. Olympia. Should the reigning 212 Mr. Olympia get to jump into the Open without qualifying? I also talked about Big Ramy and his bizarre-looking shoulder photo. By the time I made the video, the champ’s shoulder had already returned to normal but it doesn’t change the fact that A). Ramy posted the shot, and B). Ramy’s judgment is questionable. For a 2x reigning Mr. O to fail to understand how social media works and the uproar a photo like that would cause just three months from the contest is alarming.

Be sure to check out all the great footage from the Big Four Bridge (connecting Louisville, KY to Jeffersonville, IN) and listen to all the great commentaries. Check out barges, historic homes, and see people exercising while the ole Iron Duque gets his cardio in and talks bodybuilding!