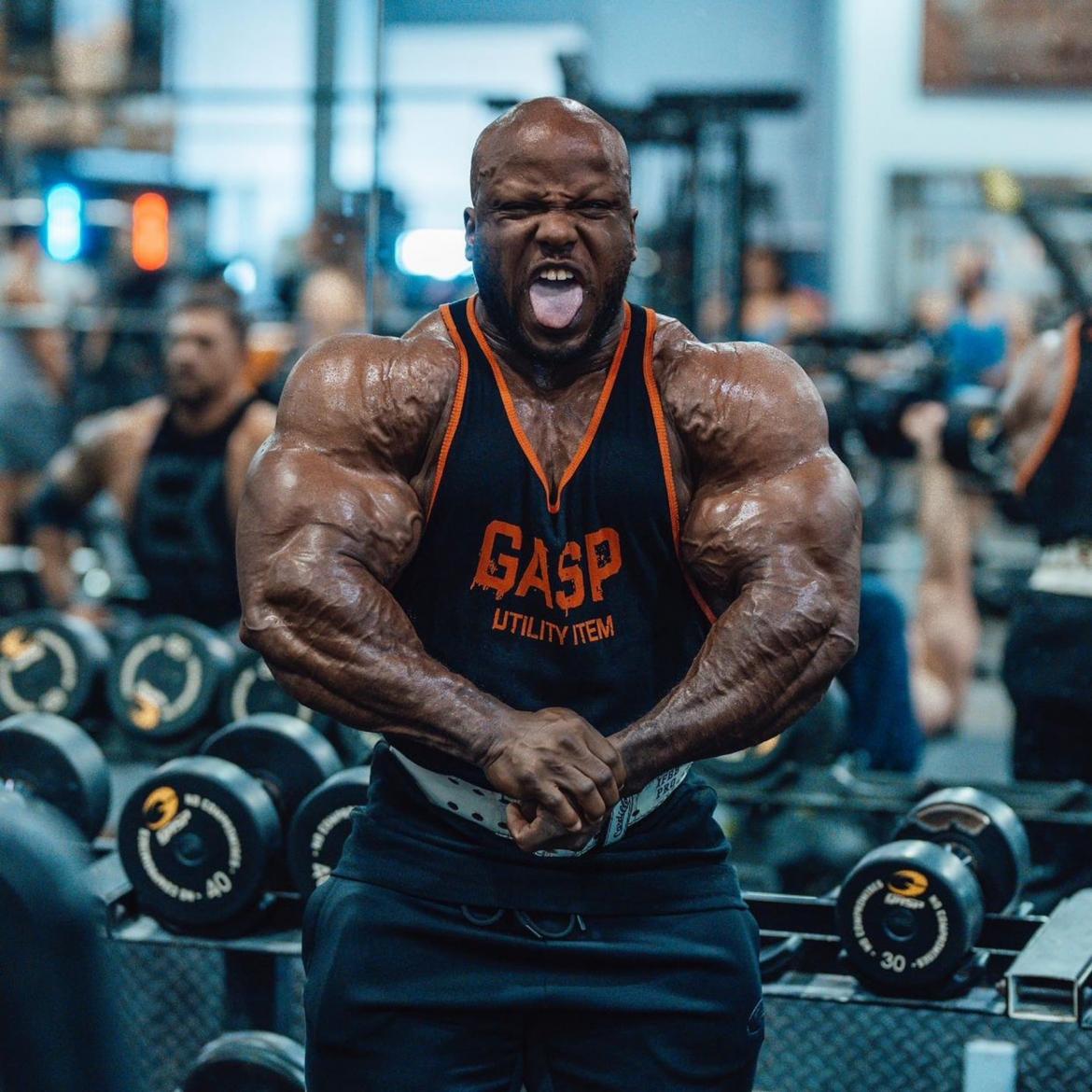 It’s pretty safe to say that bodybuilding fans have a rather voracious appetite for news. And social media hasn’t done any favors for the most hardcore of the hardcore. You try telling bodybuilding fans to be patient! It’s not only a hard sell but they will stop at nothing to get news – even when there’s no news to be had. There’s entire channels devoted to breaking news and it’s no wonder they spend half their time making retractions after jumping the gun. This is because outlets want the bragging rights of being able to say they have their fingers on the bodybuilding pulse. They want to seem as if they’re trusted by the movers and shakers in our sport. In reality, most of the biggest names in the iron game have their own social media platforms and they have incredible reach with their most hardcore friends and supporters. The Giant Killer Shaun Clarida is one of these top influencers.

While he’s always kind enough to speak to all the sport’s many outlets he doesn’t need any of them to get to his base. He only does so because as a 212 Mr. Olympia he wants to grow the sport and he appreciates the role the media plays. That being said, many of the talking-heads and pundits can’t help themselves with the speculation as to whether the NJ native will compete in the Open Olympia, 212, or both. Although the latter would require something along the lines of a rule-change or special invite, there’s no shortage of proposed theories on the message boards and groups that could create such a path. Sadly none of the people floating these theories have the power to make them happen and the one man who could make a special invite possible, Dan Solomon, has said no such move will come.

Still many of the fans can’t live down the fact that Clarida shocked the world when he won the 212 Olympia Showdown nor can they stop talking about the fact he halted guys like Sergio Oliva Jr and a very impressive Regan Grimes in the Open category at the prestigious Reno Sports Festival. A lion’s share of bodybuilding fans believe that Shaun can do very well at the Open Olympia but they’d also like to see him regain his 212 title as well. The fact is the fans believe that if Shaun qualified for Open and 212 that there’s no reason he should have to forego competing in one simply because the rules call for it. The fans are big believers in that rules that make no sense can and should be changed. This fervor has grown even greater since Jake Wood bought the Olympia and put Dan Solomon in as Chief Olympia Officer. The fans are emboldened – now more than ever – because the will of the people has never mattered more!!

After this past weekend’s nail biter at the 2022 IFBB Pro League Tampa Pro where The Lion of Libya Kamal El Gargni nearly toppled one of the biggest bodybuilders on the planet in Akim Williams, the fans want to see how the powers that be address Clarida’s situation. It further proves that Shaun’s win wasn’t an isolated instance. Although Kamal didn’t get the win in open this time there’s nothing stopping him from sealing the deal at the next open show he competes in. After all if public opinion counts for anything the consensus in the sport is that El Gargni is the uncrowned 2022 Tampa Pro champion. Had he won he would have been in the exact same situation Shaun finds himself in right now. He’d be double qualified yet have to pick between two divisions. With other top 212 guys seeing what Shaun and Kamal have been able to achieve it’ll surely inspires them to do the same. And then what? The rule must change!

For now the fans are split. Some want to see Shaun regain his 212 title while others are confident he could place as high as Top 6 in the open Olympia. The same people who laugh at that prospect were also probably downplaying his chances at being Top 3 and especially of winning the top 212 title. They probably also laughed at the idea of the Garden State native battling guys like the late Arnold Classic champion Cedric McMillan, mass monsters like Sergio Oliva Jr. and aesthetic powerhouses like Canada’s Regan Grimes. It’s only a longshot for Shaun to place Top 6 until he does it. If anyone can – it’s him!

That being said the pressure has become so intense and the rumor mill has become so active that the champ has had to take to social media to remind everyone he’s undecided. While many of us would have thought his next statement would be to decide which division he’d be competing at come the 2022 Olympia, he’s seen himself forced to state publicly and unequivocally that he continues deliberating! Imagine that. The guy can’t even think in peace and I suspect he may even have to follow-up this statement with another if he doesn’t reach a decision soon.

I totally understand why he’s taking his time.

Shaun has never been a flip-flopper. Once he makes a decision he sticks to his guns and he honors his commitments. And while Dan Solomon has made it clear that a special invite won’t be extended which would allow The Giant Killer to compete in both open and 212 that decision has been one made to the press. There’s what’s told to the press and then there’s a whole other world of things that could be happening through back channel communications and at the production level. Once again we’re not talking about the Mr. Mayberry here. This is the Olympia Weekend. This is the Super Bowl of Bodybuilding and therefore there might be some wiggle room even if we the media/fans don’t see it. If Shaun picks a division that’s that. The longer he holds out, the more hype grows. As long as he’s undecided there’s a chance Dan and/or Jake might change their mind(s).

In fact, if there’s still any chance of a Derek Lunsford special invite then I can see there being a possibility of a Clarida one. And with Kamal not winning in Tampa, I think the chances of a Clarida double appearance strengthen. If El Gargni had won it would have made it more difficult to give Shaun a break without giving one to Kamal as well. With Kamal taking runner-up it still leaves Shaun in the very unique position of being double-qualified and being forced to pick. That said, Kamal will win an open show. There’s no doubt about it!

If I were Shaun I’d keep my decision to myself for another 1, 2, or even 3 months. The longer Shaun holds out, the greater the chance there is that maybe the powers that be throw him a bone. This is especially the case if a special invite for Derek isn’t in the cards or if any big names from the Open drop out. Also if the production team needs a good PR piece in the final weeks prior to the contest Shaun might be it. Maybe they want to launch a promo campaign or maybe Big Ramy drags his feet and his unreachable – imagine that! Hard to believe, huh? Maybe they want to go with a David and Goliath approach. And you can’t get more David and Goliath than Shaun Clarida and Big Ramy!!

Whatever the case may be there’s nothing wrong with waiting – and – Shaun hasn’t made a decision as of yet!! Take it from the champ himself and don’t buy into any of the FAKE NEWS!! Only time will tell what the powers that be will decide. And only Shaun Clarida will know what Shaun Clarida will do!!