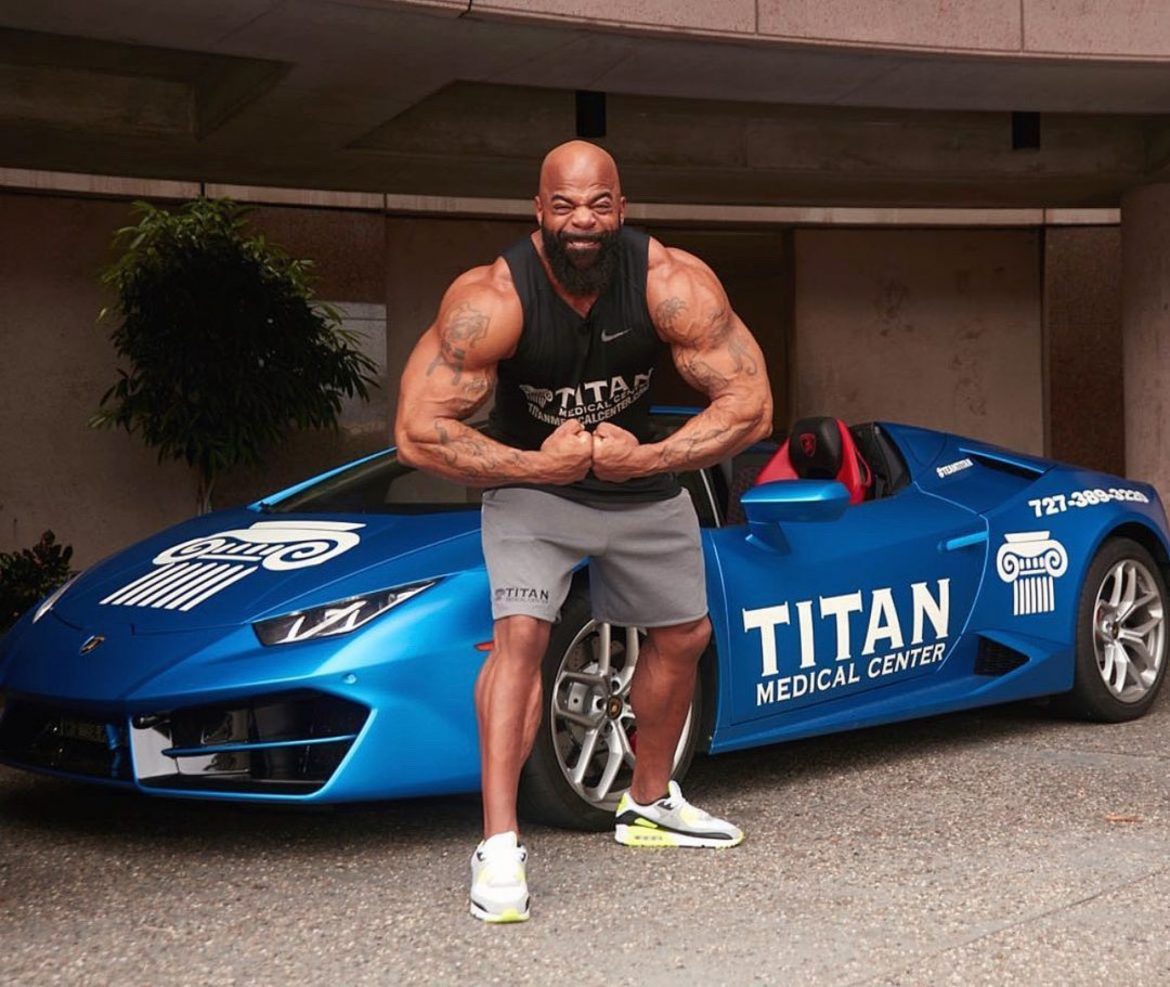 When you think of Titan Medical Center, a number of things come to mind. You think of amazing therapies, top-notch customer service, and the look. That’s right my friends – the look! From hardcore gyms to fast cars, Titan Medical is about a lot more than a clinic. We, simply, can’t gloss over all the scientific innovations, cutting edge formulas, and brand new products like the ECA Plus Stack or the revolutionary Ares Therapy; however, there’s something to be said about the movement that John and Sharisse have successfully created. Although often imitated, no other clinic has been able to build from the foothold this power couple has. Together with a great team, they have been able to take the Titan name to bodybuilding contests, fitness expos, and the various social media platforms. TMC is also visible at a number of mainstream events, from Gasparilla to car shows to launching their very own fashion show. The company preaches health and if the body is to be your temple, then curbside appeal is definitely key! If you’re part of the squad, John & Sharisse want you to look the part.

All you need to do is follow the larger than life, tower of power, known simply as Big Dru. Here’s a guy who embodies everything the Titan lifestyle is all about. He’s careful with who he calls a friend, carefully vetting them before breaking bread with them. He eats correct, trains correct, and shows love to those who warrant it. He’s not chasing hits or doing handstands for follows. He’s been around long enough to know that real people support other real people. As long as you’re true to yourself and chase your own goals, people will see that. Ideally, his journey will inspire others to embark on their own. When you’re a self-starter and have all the drive you need from within, people naturally gravitate towards you. This is truly the way to get ahead in an industry of insecure and petty people. Dru has no time for drama, he’s way too busy doing the business of bodybuilding. Whether he’s doing an Instagram LIVE, a workout, or dropping a story, he’s always rockin the Titan look.

So what is the Titan look? It’s whatever you want it to be!! This isn’t a scene out of Office Space, where you have to wear fifteen pieces of flair just to pass the test. In reality, everyone is different, so take a look at the clothing options and create your own style. One thing’s for sure, you will not be disappointed by the selection. The styles are new, fresh, and classic. The logos pop! The color options are a perfect mix and you’ll find that sizes range from the petite to the mass monsters. Whether you’re a minimalist and are happy in just a baseball cap or tank – or – if you want to rock the cap, facemask, t-shirt and hoodie, the site has got you covered!! In fact, some folks have even landed a shirt just by going on an IG LIVE! That’s not to say you will get one, but who knows, anything’s possible!!

The bottom line is people want to associate with Titan Medical because it’s a name that supports everything they believe in. For example, how many people think there’s huge ROI in booths at bodybuilding contests or fitness expos? Let’s be honest here. More importantly, let’s be realistic. I’ve worked booths before and I know what’s up. If a booth breaks even, that’s reason to celebrate. Rarely, do booths make a profit. If I had a quarter for every booth (I knew for a fact) made a killing, I wouldn’t have enough to buy a Coca Cola. The truth is, Titan realizes there’s good will being generated and there’s the potential for ROI, but more importantly, they’re investing in the dream. They’re investing in YOUR dream! Without vendors and sponsors, many promoters would be hard pressed to keep the always increasing production value at contests throughout the country. The venues, the lights, the stages and the labor costs all come from somewhere – and it ain’t entry fees. Sure, entry fees help, but the real money comes from advertisers and sponsors. When you count up how many contests Titan Medical is at, you start to see why so many people want to be seen in TMC gear. Aside from the fact that the clothes look Cool AF, real knows real. This is why you’ll always see Titan gear on hardcore lifters, physique and strength-based athletes, and everyone who aspires to be a part of the lifestyle. It’s not just a logo or just a clinic, it’s so much more than that.

StrengthAddicts couldn’t be more fortunate and grateful to have Titan Medical Center as its Supporting Sponsor. If I could have had my way, the partnership would have happened a lot sooner than it did, but that was always on me (won’t elaborate). John and Sharisse have always been huge supporters and friends. I can’t thank them enough. So if you like what SA is all about and what I do, then I strongly recommend you check them out, today!!

Should you decide to get on Titan therapies, be sure to get yourself a shirt, a hat, or hoodie. Don’t just join the best team in the world – make sure everyone knows it!!