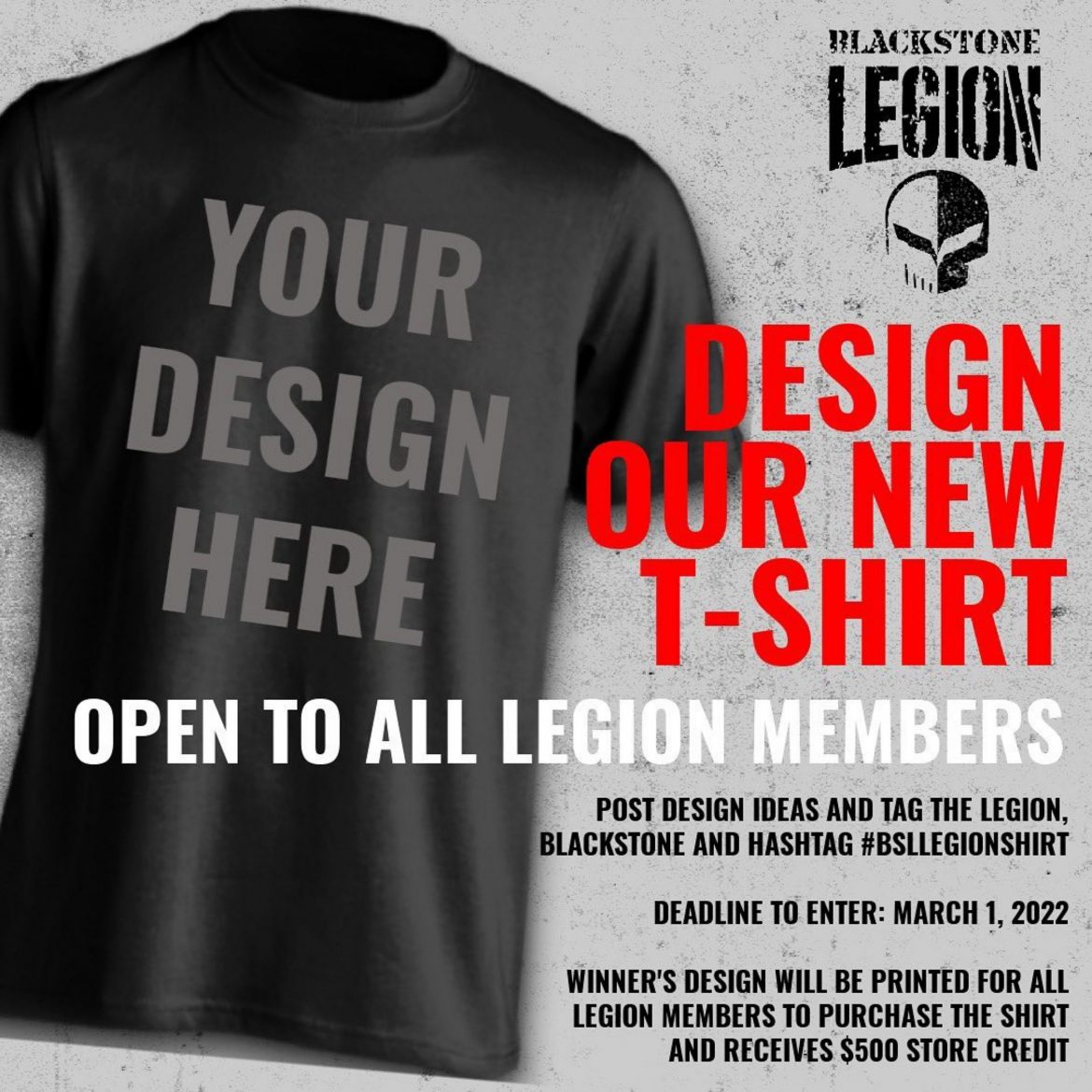 The Legion is unlike any other ambassador or affiliate program in the fitness industry. This isn’t a program where just anyone gets accepted. It’s not a situation where folks get a discount code and are left to fend for themselves. There’s support here. The company cares and is responsive to all. Legion members support each other, they want to see everyone succeed, and they especially come through during tough times. Anytime someone’s in trouble, that person will receive DM’s, text messages, and phone calls. If there’s Legion members in the area, they’re going to link up. That’s because the Legion is truly special, it’s about making real friendships, sparked by a mutual love of Blackstone Labs and PJ Braun. We will always have BSL’s back and we will always have his. And with that, we always have each others’. Call us a gang, a family, whatever you want, but you mess with one, you just mess with us all!!

That said, when I took over the Legion in May 2021, I wanted to take it to another level. I had seen what those before me had accomplished and I wanted to raise the bar even higher. From doing IG Lives, to interviews, features and encouraging reposting among the ranks, the squad has grown even tighter. We are always strengthening ties to each other. The stronger our bond, the more effective we are as a whole.

For many companies, it’s nothing but a numbers game, but for us, it’s all about quality. We don’t want to be the biggest. If we can be tightest, if we can run like a well-oiled machine, springing into action whenever needed, then that that’s the real gold standard. After all, we have the best CEO in the business, the best products in the land, and the most dedicated people. Now all we need is a look. We have plenty of rad BSL shirts, but we need a Legion one. We need something that’s 100% for us, by us.

One of the first things I did when I took charge, was have Legion shirts made for myself. It was important for me to promote, especially as the leader of the squad. Interestingly, the second I posted shots, everyone was asking me where they could their own Legion shirts. This is because our members want the world to know they’re part of the greatest ambassador program in the industry. So when PJ decided to announce this challenge, I would have thought we would have had an amazing response!! For the first time – ever!! – Legion members have the chance to design their own shirt at Blackstone Labs. To date, we’ve had a few members submit artwork, but with just two weeks to go, I’d like to see a lot more!!

I’d like to stress, that you do NOT need to be an artist. If all you can muster are stick figures, then do that!! It’s not so much the artwork we’re after, it’s the idea! Let’s say you’re envisioning a jacked bodybuilder, with veins popping, teeth grinding, shouting “loyalty is everything!” That’d be a pretty killer character to represent the Legion. It could be like Vic Rattlehead (the mascot for Megadeth) or Eddie (the Iron Maiden mascot). Remember, mascots aren’t just for sports teams, but also for rock bands, biker clubs, and, maybe, even the Legion!! It all starts from a great idea. If you have the vision, don’t suppress it just because you’re not the next Bob Ross. Sketch it out as best you can with stick figures, flesh it out with notes, and submit it! Like I said, we’re not after masterpieces, what we want are killer ideas!!

The lucky winner will come up with the design that countless Legion members will rock out at bodybuilding shows, huge fitness expos, working out on their own and appearing throughout social media. To know that your design will be at the forefront, should be enough motivation to get everyone’s creative geniuses going. But if that weren’t enough, the winner of the competition will get $500 in-store credit at Blackstone Labs!! Not only will your ego be huge from winning, but your physique will be, too. Five hundred dollars buys a lot of protein, muscle builders, and cutting agents!!

I’m looking forward to seeing what you submit in the coming days. Good Luck!!