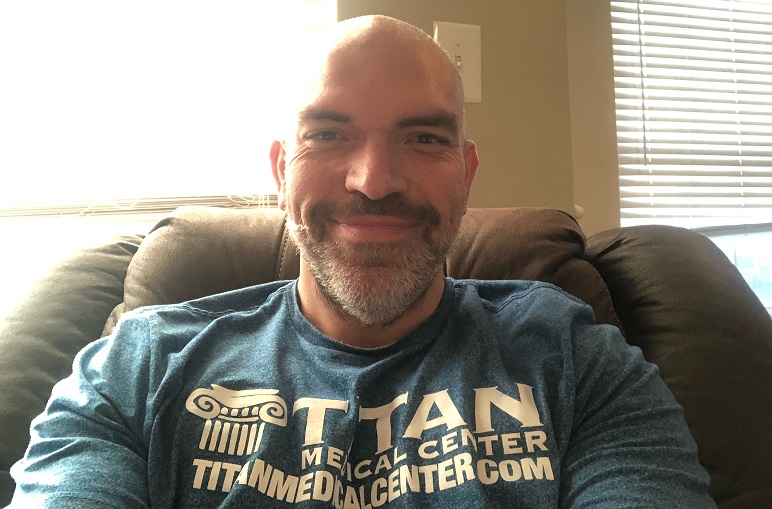 The topic of reposting on StrengthAddicts platforms for all my Blackstone Labs Legion family is an important subject I’d like to address. During my time doing contest coverage sponsored by BSL, but more specifically during my seven months running the Blackstone Legion, I made some amazing friendships that I will of course maintain and strengthen. Many of you have told me that what I did with the Legion had never been done before. PJ said as much on a number of occasions. Whether I was the best or not, is debatable. Like bodybuilding, that’s a very subjective determination that’s best left to each individual person to make. The fact is, many of you continue to tag StrengthAddicts and related pages. I don’t want that to stop! I want to see what you’re doing, hear about your goals, and most definitely keep in touch. That being said, BSL chose to stop sponsoring StrengthAddicts and if I was to have dozens of stories and posts per day that promoted said company, that would essentially send a message out to the world that StrengthAddicts is still backed by Blackstone. It would also keep other potential sponsors from working with the brand and it would also diminish the ROI that my title sponsor, Titan Medical Center is entitled to. Therefore, I cannot in good faith republish posts and stories that promote companies that don’t work with StrengthAddicts.

That said, I can totally continue reposting you. Many of you are sponsored by other companies, like GASP, for example. While I have no relationship with GASP, I’m not opposed to reposting content where you might be wearing their clothes or even promoting their code. Ideally, though, I’d prefer to repost content that doesn’t promote any companies. Of course, if you’re promoting Titan, tag StrengthAddicts ALL DAY AND NIGHT!! Obviously, if you’ve had a huge achievement and you happen to be rockin BSL attire, I’m not going to not repost you, but understand that would be the exception, not the rule. I can’t repost stories consisting of people in BSL clothes with BSL products. That would amount to free advertising for Blackstone. They still give me supps, I definitely appreciate it, and we’re on great terms, but we no longer have a business relationship.

Now that SA has a professionally-built website, with a competent and dependable webmaster, I feel like the future is going to be very bright.With that said, it’s very important that I run it the right way.

Having left the contest coverage world for over two years, I’m ecstatic with the work I’m doing and how far my reach is getting. I want to be able to help get the word out about all of you. I will always love Blackstone Labs and I consider myself very loyal to the company, but there should also be loyalty to yourself and your brand(s).

“Loyalty to yourself should trump loyalty to all others.”

At the end of the day, loyalty won’t pay your mortgage, car note, keep the lights on or food on the table. I’m not saying you shouldn’t be loyal to people you love or causes you believe in, but make sure you’re taken care of, before you go pledging your life away to others. Take me for example. When I lost the Legion, it was a Monday. I had lost my 9-5, the Thursday prior. With the exception of writing for Iron Magazine and my Titan sponsorship, I was effectively jobless. Now, granted, I always have a shit ton in savings, but that’s besides the point. The main job screwed me on my severance and BSL did the right thing, which I appreciate. A month later, BSL stopped sponsoring StrengthAddicts. And while I understand their decision and we’re on great terms, all I’m trying to say is, that while loyalty is great, don’t assume it’s failsafe. Don’t assume that as long as you’re loyal and, even, work hard, that you can count on certain things – like a job. The reality is, you can’t. Loyalty isn’t everything. YOU, are everything.

If you’re loyal to yourself, you fight a lot harder. I got a 9-5 in three weeks earning substantially more than the crappy one I lost. I took control of another affiliate program (to be announced in the coming days). I got Titan Medical to title sponsor (will discuss in the next paragraph) and I’m now talking to multiple companies about sponsorships and advertising. The point is, loyalty to others is very romantic and beautiful, but don’t be a sucker! At the end of the day, if you’re following others blindly, without taking care of yourself, you’re going to have one hell of a reality check. Spare yourself the heartache. And make sure loyalty is a two way street because if people will drop you when you’re no longer useful to them, that doesn’t say much for allegiance, fidelity, or commitment.

Finally, let me touch upon what John, Sharisse, and Team Titan have done for StrengthAddicts. For years I wanted to work with them and was forbidden to do so. I won’t say by whom, but I will say that back then, I let others, more or less, tell me what to do. With my own page, no less!! Still, for as much as they wanted to work with me and for as much as I avoided the subject, they never held it against me. They knew about the pressure I was being subjected to. When I was ready to work with them, they gave me a shot and have had my back since, as I have theirs.

And why couldn’t I work with them way back when? Who knows? There was no legitimate reason. Titan Medical Center has always been super supportive of the NPC and the IFBB Pro League, they’ve always been super supportive of the competitors, and their work has not only helped countless people improve their quality of life, but they’ve saved lives, as well!! Who the hell wouldn’t want to be associated with TMC? Moreover, when Blackstone took the Legion from me, I let Titan know. I had a suspicion that the sponsorship would be next. They told me if that happened, they’d want to become the title sponsor. When Blackstone dropped StrengthAddicts, as I suspected they would, Titan stepped up, without question, true to their word. This, too, is why I can’t post Blackstone plugs all day, like before, because it would be a massive disservice to Titan. And if you think they’ve said one word about this to me, they haven’t, but I know what the right thing to do is. This is why I’m writing this article. I want my friends in the Legion to know that StrengthAddicts will always be here to help get your name out and everything you’re doing, but it’s very important that I show respect to my sponsors, as it should be very important for you to do the same with yours.

In closing, thank you for reading my article. I’ll be the first to tell you, it’s all over the place. I’m writing it on my recliner, on a Saturday morning, waiting for my laundry to finish. It’s one of those articles from the heart, with proofing to come, and as few edits as possible. All I’d like to say when it comes to reposting, is please, please, please, keep tagging StrengthAddicts and all related pages, just remember Blackstone Labs no longer sponsors StrengthAddicts, so maybe tag the page on different content that you post. I can’t stress enough how much I love and care about all of you and I want us to stay in even closer touch in the future!! Please don’t hesitate to DM me, pick my brain, and/or get my feedback on anything you’re thinking about doing. Love you guys!!