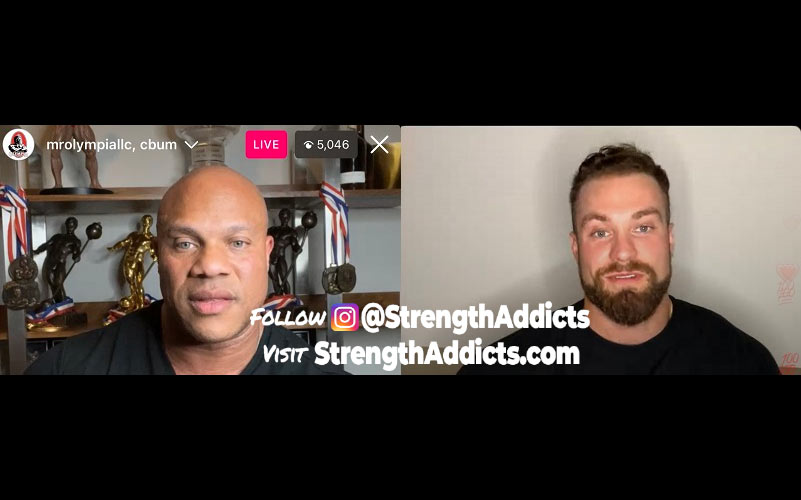 On Monday, November 14th, bodybuilding fans were in for a huge treat as 7x Mr. Olympia Phil Heath took control of the official Mr. Olympia Instagram account. He went live with none other than Chris “CBum” Bumstead who’s on his way to winning his 4th Classic Physique Olympia Sandow. This is exactly the kind of thing the Super Bowl of Bodybuilding needs. The fans need to see the champions of present and old, on the various platforms. After all, isn’t this what social media is all about?

Well… yes and no.

A bedrock principle of social media is INTERACTION, and while Phil and CBum did plenty of interacting amongst each other, trading pleasantries, and singing each other’s praises, they totally ignored the fans. This is why the LIVE reached numbers as high as 8,000+ but then dipped over the course of the LIVE down to the low 5,000’s.

When you have the most popular physique-based athlete in the world (no not Ramy, Bumstead) and a 7x Mr. O, the numbers should never dip by the thousands. Towards the end of the transmission the numbers fell well under 5,000.

I like that Phil is doing interviews, but someone should clue him in as to how to do interviews. He should occasionally poll the fans watching, maybe read a comment or two, and/or maybe praise a person’s screenname. “Love your screen name, great question, shoutout to Pakistan, oh you’re from Vegas? I love Vegas. You like tacos, oh man I live for tacos.” Even if it’s bullshit, ACKNOWLEDGE THE VIEWERS.

Sadly, these guys were too busy looking at themselves in their phones to bother putting the fans on a pedestal. They might as well have just called each other on the phone. While this is definitely better than nothing, it was pretty painful to watch.