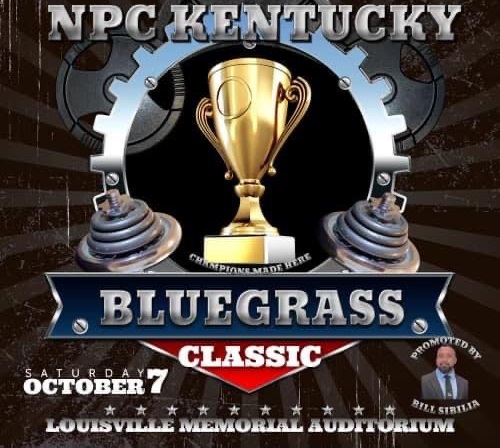 Bill is an NPC official held in very high regard by Pittsburgh. He’s part of the inner circle, a regular at the famed card games, and someone considered to be a major powerbroker in the IFBB Pro League. It will be interesting to see what the out-of-state promoter will be able to accomplish. Will he have a co-promoter or someone local to run the day-to-day operations or will he do it all remotely? Either way, he’ll have his work cut out for him, especially if Brent Jones presses forward with the Kentucky Muscle. There’s no reason competitors couldn’t potentially do 4 shows in Louisville instead of just 2, but cost will force most to have to choose.

The NPC has moved at lightning speed since Brent’s resignation and his interview with StrengthAddictsKentucky. Since Jones owns the contract with the Kentucky Derby and owns the Kentucky Muscle contest, it’s forced the NPC to create two shows out of thin air, find venues, and more importantly, find promoters. It’s interesting that none of Kentucky’s remaining 4 promoters were given the second Louisville show. It’s also interesting that Jimmy and Monica were also not given the second show.

Bringing in Sibilia may also show the Federation’s concern with Louisville and Jones. Should Jones go to the IFBB Physique America, I suspect the Pro League wants one of their own on the ground. As I’ve stated many times before, Louisville could be the first real theater of war in America between the two IFBB factions. Jones may also go with another federation or go independent. However Brent proceeds I think they want one of their heavy hitters in place.