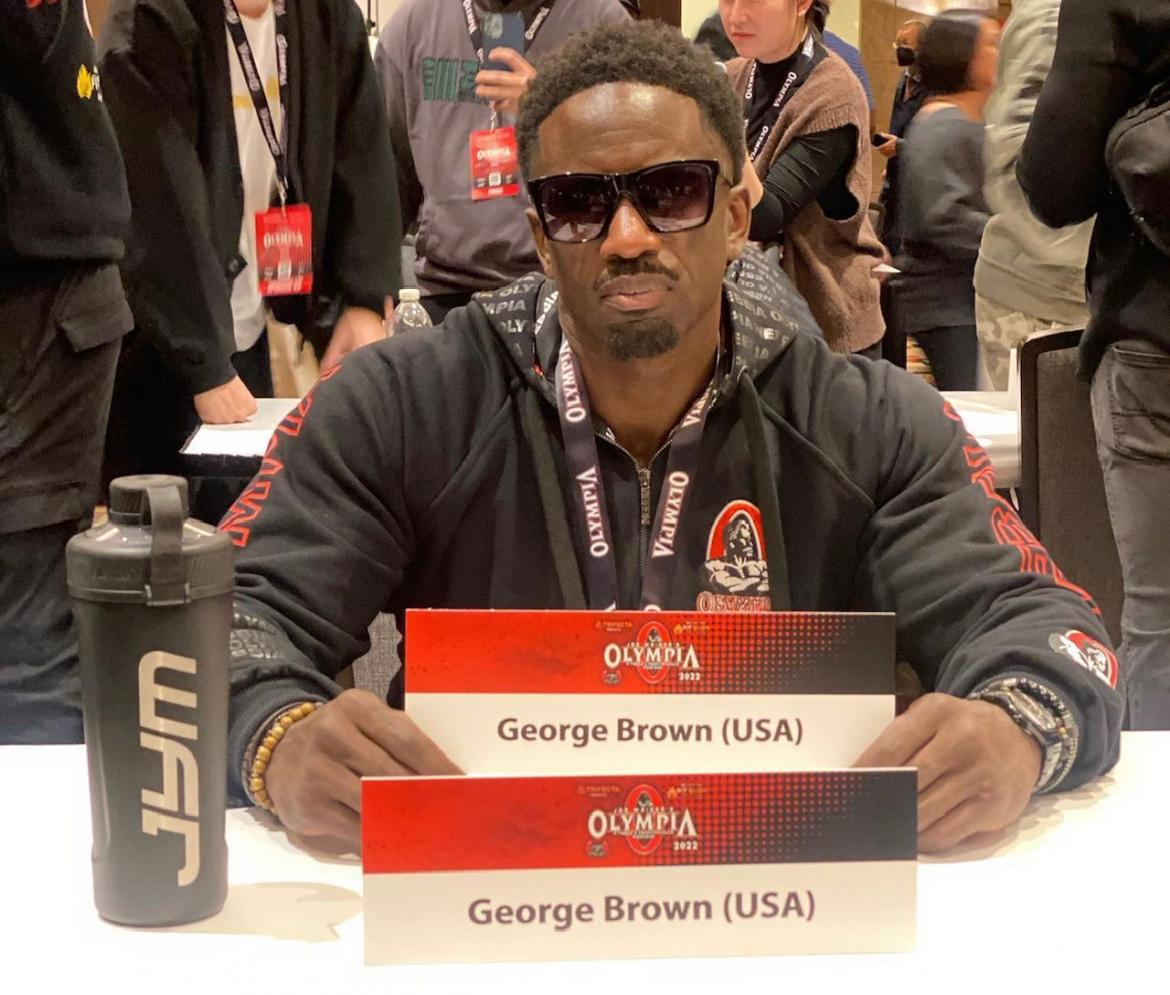 It seems that the most loyal are the ones who take the most abuse. IFBB Pro George Brown is loyal to the core and although he’s won multiple pro titles and has competed in 8 Olympia contests he’s never been given anything. He’s worked for it all, from sponsorships to placings to relevance in a division that’s constantly changing. Men’s Physique is ultra-competitive and many of its competitors are on top one day and all but forgotten another. It’s extremely hard to be successful and well-liked in this division.

Whereas 212 is the epitome of good sportsmanship, with Classic not too far behind, and open bodybuilding is continuously gelling more together as the prize money keeps ballooning and exposure is limitless, MPD is a whole other can of worms. There’s less money, way more competitors, and way more hungry mouths wanting a slice of the pie. Everyone wants a supp sponsor, a meal prep connect, a clothing backer and their contest fees paid for. Prize money is a joke unless you’re winning the Arnold or Olympia. And that’s still nothing to buy a house or a super nice car with. It might float you a few months on rent and car payments but in order to live off the sport you need to really hustle. If all you do is lift and pose pretty in the mirror – you’re fucked! Whoever told you being a successful fitness industry personality was all about doing what you love, did you a major disservice. There’s nothing easy about it.

George may talk about easy money but he earns every last penny of it. He might make it look easy, but most of these young guns couldn’t hack his lifestyle and work ethic for more than a couple of weeks.

I’m not trying to throw shade at up-and-coming stars but we also can’t gloss over hard work and discipline as if anyone can have the kind of drive The King has. It’s just not accurate and a lot of guys end up learning this the hard way. Whether they move to Venice Beach (yes people still do that) or Vegas, a lot of new competitors with big dreams start signing on dotted lines banking on everything to fall from the sky. They get the nice condo, the cool car, and max out their cards on cool clothes and buying memberships at all the cool gyms. They want to look the part and be seen where established people in the fitness industry go. Then they do a contest and reality sets in.

Even though bodybuilders complain that anyone can get a pro card in Physique, a lot of that is just hateful banter from guys with bubble guts and synthol in their delts. When you’re one of thirty guys on a local show stage and you don’t have any exceptional muscle groups and you don’t come in ultra-conditioned and pose hard (things that are often the product of years of competing), then your odds of getting nationally qualified are slim. Your chances of going are even slimmer. And your chances of winning pro shows and being a regular at the biggest shows (e.g. the Arnold and Olympia) are virtually non-existent. This is why most guys that go all in early on end up quitting within a year – if the trainwreck even lasts that long!

Guys like George have an army of sponsors and there’s a reason for that. And when I say sponsors let me clarify what I mean. I don’t mean Brown gets a discount code that’s one among a sea of others. George does get a code but he’s also a featured athlete. He gets flown to shoots, he’s always at the get togethers, the booths and the launch parties. The companies who sign him want him around because as I said he’s featured talent. He’s a guy who’s known for rolling up his sleeves and getting his hands dirty. He’s a blue collar IFBB Pro and this is a major reason why he’s earned the respect of his fellow competitors. This is why younger competitors like to bring him on their Instagram Live chats. They want to interact with him, be seen with him, and they want to learn from him.

GB knows what he brings to the table. He’s not insecure about sharing his knowledge and he shows love to those rising the ranks the right way.

That said, he’s a seasoned champion who knows what time it is. He goes to the photo gym and poses and interviews. He does this because he’s a federation man, but he’s not a kiss-ass. There’s a difference between being truly loyal and being just another bootlicker (and there’s plenty of those). Many of the people who kiss ass have never placed well, never won a pro title, and some maybe not even have pro cards. They’re scrubs whose only reason for being well-placed is the amount of ass they kiss. George wins shows, gets money, and has developed a loyal following, all on his own. He just happens to be loyal and he just happens to work hard to grow the federation he competes in.

Sadly, none of that seems to matter when pens hit the score cards at the two biggest shows in bodybuilding. At the 2022 Olympia I was convinced George would – at the very least – be a contender in the Top 6. He wasn’t even in the Top 10. That’s just plain bullshit. Simple and plain. It’s bullshit.

If all GB had was prize money, he’d be living under a bridge right now. Maybe that’s an exaggeration but I can’t tell you how many pro’s I know of that live off girlfriends or are discreetly couchsurfing. They’re pretty good about keeping the true state of their finances on the down-low but I know what’s up.

Like I said, George is self made and could care less about contest prize money. This is why I think he’s able to brush off bullshit placings and keep moving forward. Every year he’s on the Olympia stage, it’s one more year he can add to his already jaw-dropping resume.

If and when he ever retires no one’s going to ask where he placed, no one really cares. Unless you win or place 2nd or 3rd, all the other placings are just numbers. Everyone will always remember that year GB was robbed in Columbus (his hometown no less) and they’ll remember his work ethic and his true love of competing.

You’ll never see George crying on Instagram Live about a bad placing or threatening to quit competing if he doesn’t get his way at an upcoming contest. George is a man’s man. And he isn’t just loyal during the good times, he is just as loyal when he gets overlooked and judged more harshly than the rest.

If you ever get into a fight, you want a guy like George Brown to have your back. He’s the real deal.