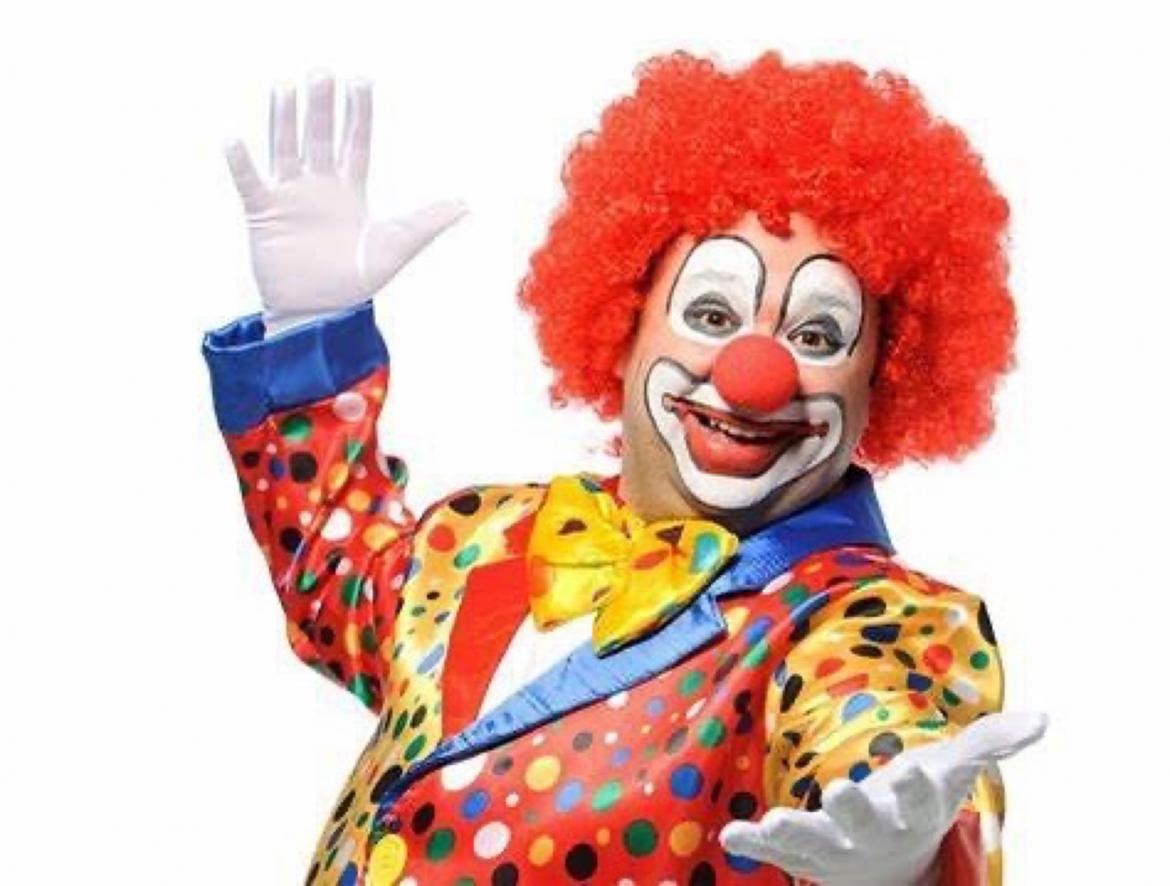 When I saw a Facebook post from legendary contest prep guru Steve Weingarten addressing an incident at a local gym where one of his clients was asked by another coach to wear his clothing I just about died. In an industry inundated with marketing falsehoods, snake oil products, and experts of varying degrees of bullshit, it seemed like the epitome of deception. For those outside the sport it may not seem like much of an overstep but for those of us in the scene it’s about as low as it gets. The way an athlete looks and feels is as much a testimonial of his/her coach’s abilities as are contest placings. For a coach to ask another coach’s client to wear their apparel is at the very least an open endorsement of their expertise and at most it suggests that the client is in fact part of that team. However you look at it, it’s misleading.

For a client to wear another’s coach’s attire is tantamount to telling the world that that coach is behind their look, their placings, and their overall general disposition. Remember that whether a physique-based athlete goes to the supplement shop to buy protein, goes into a gym for a workout, or hits the stage at a contest, most people only know what they see. If a person at the gym knows a competitor and knows his/her track record in the sport and then all of a sudden sees them wearing a piece of clothing from a coach/team they may never see that person again. Perception is key. Whoever sees that athlete in said clothing will then associate said person with said team. It doesn’t stop there.

If the unsuspecting person happens to like that competitor and/or wants to follow in that competitor’s path, they may contact the team they think that competitor was a part of. Very few people are going to ask someone if they’re part of a team whose clothing they’re wearing. It might even seem stupid to ask. Why on Earth would they be wearing it if it wasn’t so?

Also gym clothing has definitely not skipped a beat. The StrengthAddicts logo, for example, is very distinctive and a great many people know my brand even if they don’t know my name. That’s the power of branding. My buddy Adam Atkinson of SeeYouLaterLeaner has a distinctive green that separates him from the pack. People see that green and think of Adam and SYLL. Other teams use certain catchphrases or other lingo which triggers people to think of them automatically. Many coaches have tapped into the power of marketing and have come out with some really cool, cutting-edge pieces. Therefore if a coach asks another coach’s client to wear one of their shirts that unsuspecting competitor becomes a walking billboard for the other coach. Wherever that person goes, people will see him/her in that shirt and without saying a single word the association will be made.

But let’s say someone is confused by seeing a longtime client of Steve’s wearing another coach’s shirt out and about. In the rare instance that they ask for a clarification, even if the client states he/she continues to work with Steve and is happy with his work, it won’t end there. If the person asking for the clarification is anything like your typical musclehead they’ll either have a conscious or subconscious inkling that something’s up. They may doubt that the person is in fact happy with Steve and/or that the person is considering jumping ship. The fact is it’s just plain weird for someone working with one coach to wear another coach’s clothing.

In my opinion, if you’re a coach and you give your clothing to another coach’s clients that’s tantamount to poaching them. You may not be poaching them directly but you’re reaping all the indirect benefits of having that person promote your team to every unsuspecting person they come into contact with while wearing that article of clothing. It’s definitely a more underhanded way of stealing business but it’s just that as far as I’m concerned. If it were truly innocent then a coach would ask another coach first. And most coaches would tell that inquiring coach to go fuck themselves.

When I asked Steve what his thoughts were on coaches getting other coach’s clients to wear their clothes, the highly decorated Kentuckiana guru didn’t hold back.

“It says there are some unqualified and lazy coaches out there trying to build their reputations on someone else’s work. But if you can’t deliver results, you won’t survive in this business.  Instead of pretending, put the effort into actually learning your craft.   And treat your clients with the respect they deserve.  I hear from so many new clients that their previous coach — besides being incompetent — discouraged questions.  If you won’t explain to your client why you’re asking them to do something, you probably CAN’T explain it — which means you don’t know what you’re doing.  Even if the coach is knowledgeable  no client should tolerate the disrespect of a coach who won’t answer questions.

It’s unfortunate that too many people pretending to be bodybuilding coaches are actually individuals with no coaching skills, no life skills, no common sense and no conscience.”

The fact is there are a number of ways to grow a coaching business. Coming up with cool clothing and branding are great approaches. Many coaches could also have a professionally-built website and/or maintain active social media platforms. And like Steve said, answering questions is key.

One great way to grow your coaching business is by treating your existing clients like gold. If clients are afraid to ask questions or are belittled for asking questions a coach deems as obvious or repetitive, then existing clients will more than likely share their frustrations with friends and fellow competitors. The bodybuilding community is nowhere near as big as outsiders think it is. While there many be any number of hardcore lifters in many gyms, the number of people who hire a coach for lifestyle or competitive goals is significantly smaller. The pool of people who pay good money to have customized training plans, diets, and supplement protocols expect a certain level of customer service. If they get shortchanged, many will definitely sound off.

There’s a right way and there’s a wrong way to grow your coaching business. Steve expounded on this point as well.

“Learn how to coach.  Just because you won or did well in a bodybuilding show based on the protocol you used doesn’t mean that protocol will work for someone else.  There are certain concepts — such as carb cycling — that work pretty well for most people,  but the specific application of those concepts will vary from client to client.  You need to gain experience putting coaching protocols into play with a wide variety of clients, observe the results, and experiment.  Coaching is not only proactive,  but reactive.  You’re looking for patterns in a client’s response to the protocols you put into play.  Any coach who lays out an entire prep from start to finish is a horrible coach, because you can’t always predict how a body will respond.  You have to be alert to the body’s responses and plateaus and know how to react accordingly.

The best way to find a large pool of clients to work with is to charge nothing or very little for your services while you’re gaining experience.  What’s with these aspiring coaches who think they should be making six-figure incomes after just a few months or even a few years of coaching?  If you’re truly good and if you have the work ethic and patience to properly build your business,  you can eventually make a very nice living doing this. And don’t be one of those slime bags  hanging around backstage at a show trying to poach clients from other coaches.”

Maybe I’m being too hard on the unnamed coach or maybe I’m hitting the nail on the head. I didn’t want to know who it was and asked Steve not to tell me. The reason why is because it really shouldn’t matter. If you build a business the wrong way whether you’re my friend or not, my opinion won’t change. I’m not a shill and StrengthAddicts doesn’t put out powder puff articles. Love me or hate me, I will write what I feel is the truth. And what transpired here amounts to misrepresentation. And it seems Steve agrees with my position.

“The particular “coach” who wanted my client to wear his shirt is a wanna-be with very little experience.  He saw the results my client has achieved over the last few months and thought he could leverage those results for his own benefit.

The “coach” who sold my work to his client as his own has been outed for other misbehaviors including potentially illegal acts.  That tells you everything you need to know about him.”

In the end, there’s two sides to every story, and if my assessment is wrong and the mystery coach wants to write to me and share his side of things, I’ll be happy to listen and possibly write a follow-up. That said, Steve Weingarten is the top coach in Kentuckiana. There’s simply no one who has his track record or results. Steve doesn’t sponsor StrengthAddicts. Again, I’m not a shill. He is a friend, however, and I’ll admit I was annoyed when I read his Facebook status update.

To me it seemed like someone was trying to ride his coattails. It also seemed like someone was employing a different, albeit undeniable, poaching-like tactic aimed at growing a business at another coach’s expense. Maybe it was just a one-time idea and hopefully it won’t become a common practice. It’s confusing and misleading and won’t generate the kind of business that will lead to long-term success.

As always, thanks for reading my article. I look forward to reading your feedback wherever you may see this piece posted. Big thanks to Steve for all the great quotes!!