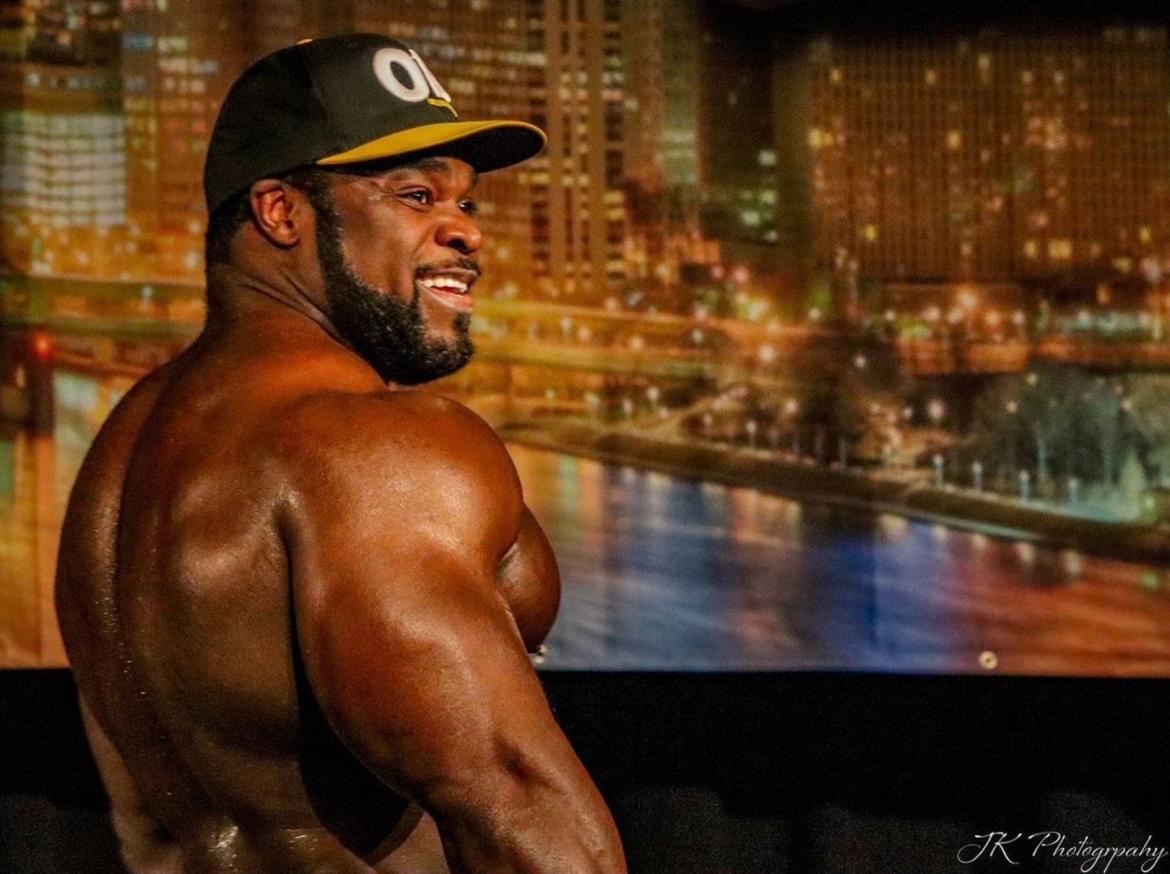 The sport of Bodybuilding is in trouble. Call me a glass is half empty kinda guy all you want but we all know that Mr. Olympia is the one person who sets the tone for the sport. There’s three men’s divisions and six women’s ones. There are thousands of competitors who actively compete in the amateur and pro ranks throughout the United States and around the world. Each and every person who takes the stage, wherever they may be, is actively helping to grow the sport pioneered by Joe Weider, organized by Ben Weider, and taken to new heights by Jim Manion, Arnold, and Jake Wood. That said, the one person who is looked to as the sport’s chief ambassador to the world, is Mr. Olympia. Bodybuilding will always be the headline event. It will always be the flagship division. This is why it’s the hardest to get a pro card in and why it commands the biggest prize money. If you were to poll ticket buyers at any contest, amateur or pro, anywhere in the world, the lion’s share of them would say they’re there for Bodybuilding. Whoever holds the title of Mr. Olympia has a great responsibility. This man should be a role model and a spokesperson 24/7. And we’ve had some great Mr. O’s. We’ve had Lee Haney, Ronnie, and Brandon Curry to name a few.

Now more than ever bodybuilding has a real chance to grow. No longer must the sport rely on the mainstream media to come around. We are very much in the social media age. Even the Big 3 on TV (CBS, NBC, ABC) have been forced to recognize the unquestionable reach of YouTube, Facebook, Instagram and Tiktok. They fought it for as long as they could but the numbers didn’t lie. People watch less and less tv. Desktops and even laptops would be in museums if people weren’t required to use them for work. Everyone lives on their phones, toggling between social media apps, and riding on the information superhighway like never before!! Those who are active and put out great content are ahead of the game. Real influencers who take the time to cultivate their followings are making a killing. Those who ENGAGE are becoming bigger by the minute. There’s a reason successful businessmen like Marc Lobliner and Jay Cutler do Instagram LIVE’s, share their day to day routines on YouTube, and put serious thought into what they post. There’s a reason living legends like The Maryland Muscle Machine Kevin Levrone brings random fans onto their live feeds. They could bring any fellow star they wanted but instead they gave the spotlight to the masses. It’s those masses who buy the tickets to the shows, who buy the supplements, wear the shirts and love the sport! They put their supporters on a pedestal and in turn their fans become friends. When you have the kind of loyal followings these megastars have they’re able to write their own tickets. This when legends become brands.

Jay Cutler is no longer the guy who beat the invincible Ronnie Coleman in 2006 and went on to win 4 Sandows. Jay Cutler is a brand, a movement, he’s become a way of life. People wear Jay Cutler’s clothes (not literally his clothes LOL but you know what I mean), they take his supplements, and they might even own Beats By Jay. All jokes aside, they know his voice and that of Dave Bourlet. They want to see him eat his Ezekiel toast and drink his sugar free Kool Aid. They look up to him and relate to him.

Take a look at Sugar Shawn Ray! For all the people who hate him (mostly because he’s left them in the dust), look at how many people love him. He literally gets mobbed at large expos and contests worldwide. People bring magazines from the 80’s, oil paintings, and some even get his autographs tattooed on their bodies. Like Jay and Kevin and Brandon, Shawn is everywhere. He plays a pivotal role with the Olympia Weekend, he’s a contest promoter, runs Digital Muscle and recently inked with Mutant Nutrition. Being active in this industry is tantamount to be successful. At 56 years of age, he’s hungrier and more driven than pro’s 30 years his junior and it shows with how he’s greeted by the faithful. You have countless kids (loosely referring to folks 16-70 lol) who eat their meals and train their muscles hoping to one day look like the most photographed bodybuilder in the history of FLEX Magazine!! It’s that passion that is the lifeblood of this whole thing.

Once a champion has the fans’ attention, he or she can expand their horizons. This is where the role model part comes in. I truly believe that all competitors have the ability to change how people see bodybuilding as well as health and fitness. Physique-based athletes have the ability to directly save lives!! And no physique-based athlete has more direct influence than Mr. Olympia. This is why it’s so troubling to me that we have a 2x reigning champion that’s as absent as Big Ramy. I’d even rather have Phil be Mr. O again and he is an asshole. Oh, sorry for cursing, but I’m trying to make a point here. The fact is we went from a terrific champ like Brandon Curry to what we have now. What Brandon did with just one year was a throwback to the Lee Haney days. Moreover his level of activity and engagement was perfect for where the sport is relative to social media.

#15 is a God fearing man, a faithful husband, and a terrific father. He promoted family values in a sport dominated by vanity. He promoted hard work and showed the fruits of his labors without coming off as materialistic or arrogant. So many times the successful people in our industry try to impress the fans with their big houses, fast cars, and expensive clothing. They do this because deep down they’re struggling with any number of insecurities. They tend to flaunt their wealth because they secretly lead miserable lives devoid of meaningful relationships. Many are simply living a lie on borrowed time. Brandon, however, presented the road to true happiness.

I hate to compare people to others, but in many ways Brandon had many of the qualities that made Haney such an excellent role model throughout his historic run in the 80’s. He also had that undeniable blue collar work ethic that was embodied by The Shadow Dorian Yates. Whether hunkered down in a hellacious dungeon or leaving their family to train on the other side of the world, both men invested a level of painstaking discipline foreign to the vast majority of their contemporaries. That’s how important being the best was to them. And much like Ronnie, Brandon also exemplified humility. Just look at how much I’ve said about him and not a single word about his insanely impressive physique or posing thus far.

Bodybuilding alone is not going to make bodybuilding big with the mainstream. They don’t get it. All they see is muscles in what they think is a G-string. Are they ignorant? Of course they are! All they know is basketball, football, baseball and maybe hockey. A great many Americans look at soccer – the most popular sport in the world – with a great deal of apprehension. It’s like they drag their feet to recognize it as a sport worth their time. And forget about them going to a bar and watching it on tv. So imagine how long it’s going to take for [mainstream] people to fall in love with bodybuilding without there being more. And “more” won’t come with flashier light shows, nicer host hotels, or bullshit awards for people no one outside of our sport has ever heard of. More must come from the champ!

Mr. Olympia has to be a person that’s about something. When Ronnie went on The Tonight Show he had something to talk about. He was a millionaire and a superstar who loved being a cop. Although he was on national television, he came off like any guy you’d talk to in line for a coffee or coming out of Sunday services. That’s the ticket! Imagine how many people took an interest in the gym, eating better, and wanting to look better, because of Ronnie’s appearance. When Leno was talking to him, he was talking to thousands [of bodybuilders]. What I mean is – it wasn’t just Ronnie sitting on that couch or Ronnie posing on that stage – it was bodybuilding. Ronnie was bodybuilding for the millions who saw that show when it came out and for the millions who have seen it since 2001. Ronnie was the face of thousands of people who competed then and who compete today. That’s what it means to be Mr. Olympia,. And for just ten seconds short of eight minutes the world got see all the good bodybuilding had to offer through its #1 Ambassador to the world.

There needs to be change in December.

The judges are the only people who can put this nightmare to an end and reinstate Brandon Curry as Mr. Olympia. He made some insane gains and improvements for the 2021 Olympia. Countless pundits, media folks, and truckloads of fans thought The Prodigy knocked The Egyptian Phenom out. Ramy was bloated, made no gains, and seemed to be trailing badly in the prejudging. While he improved ever so slightly for the finals, the score cards told the tale of an alternate reality more in line with the twilight zone than anything seen in Orlando, FL.

In any event, what’s done is done and the fact remains, there has always been an emphasis on the ambassadorial qualities a Mr. Olympia should have. Without the benefit of hindsight all new champions deserve a chance. Ramy has had two of them and with the pandemic now in the rear view, there’s no excuse for his pitiful engagement and missing events left and right. The fact he missed The President’s show and no one in Pittsburgh had any idea, even on the day of the contest, says it all.

That said, Brandon’s not the only guy who can beat Ramy, but he’d be my top pick. Guys like Brandon, William, or the now retired Flex Lewis would be perfect Mr. O’s to take the sport where it needs to be. They’re already great role models and would only continue to be so as the top champion in our sport. Even a guy like Nick Walker wouldn’t be a huge step up from the likes of Big Ramy. We need a champion who can be invited onto national television, who Joe Biden might call to lead up fitness efforts like Bush tapped Arnold and Clinton tapped Haney. We need a champion that we can present to the rest of the world, not one whose whereabouts and future plans are a mystery to us all.

The fact that bodybuilding continues to be a niche sport in the age of social media is bodybuilding’s own fault.