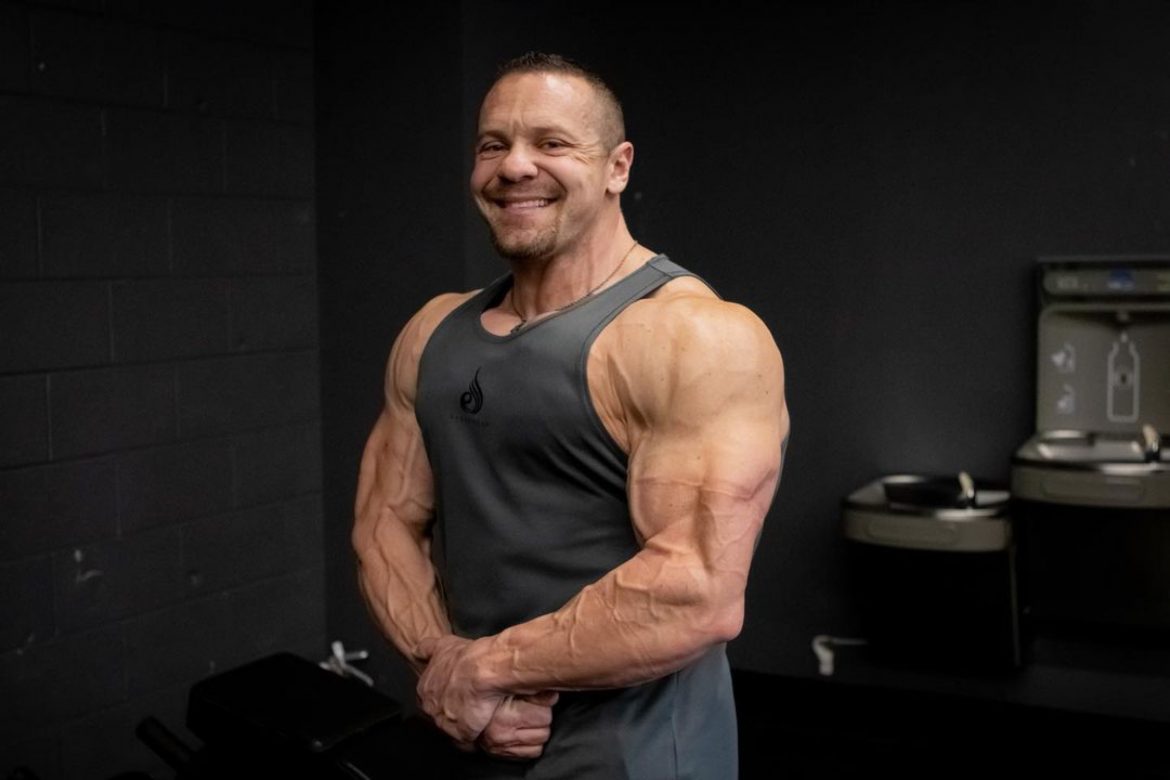 Marc “The Machine” Lobliner is a man on a mission, and earning his IFBB Pro League pro card was simply the first step. He always said he’d compete as a pro, that he believed he’d be competitive as a pro, and he always said that having the card would undoubtedly help him grow bodybuilding in ways that others could not. That said, his decision to compete so soon after earning his card, will hopefully inspire many other competitors to do the same.

Whereas a lot of guys, particularly in the Masters, will stop at nothing to earn pro status, it’s usually followed by either a prolonged period of inactivity, “growing into the pro ranks,” or retirement. Those who go inactive, usually do so because they don’t have a plan in place. They’re either expecting too much (e.g. immediate sponsorships, guest posing appearances, and/or other work) upon getting the card or they don’t know how to market themselves properly. Unfortunately, there’s no real preparation for new pro’s – they’re pretty much on their own. Those who “grow into the pro ranks,” may find that while this is a perfectly reasonable approach to competing at a more elite level in physique-based sports, it’s also an easy way to allow years to pass. If it’s a structured growth plan, say 6-18 months, this could work, but unless the competitor has a lot of money to invest into coaching, meals, and drugs, it can lead to off-and-on efforts. The longer the athlete is away from the stage, the higher the chances are that they’ll lose interest, lose their gains, and when it’s all said and done, find themselves with a far inferior physique than when they had gone pro. It’s not even as if they’re back to square one, their physiques might have retrograded beyond that point. A lot of other Masters competitors, who earn pro status, simply retire. The card was the culmination of all their efforts. They don’t believe they stand a chance in Open or The 212 and many are unwilling to even give it a try. While the card validates all the hard work they did over the years, it’s as if their self-confidence evaporates at the idea of hitting open/212 stages.

Marc’s decision to compete at the 2022 Chicago Pro, with only victory in mind, will hopefully serve as inspiration to countless new Pro’s and Masters Pro’s in Bodybuilding, Classic, and Men’s Physique.

“It’s not a game!” Lobliner is a man with a plan. First was the pro card, next is the pro debut and win, and ultimately, it’s the 212 Olympia. And even when he reaches this pinnacle, the Super Bowl of Bodybuilding, he’s not going to do it just for fun. There’s nothing about Marc that suggests he’d content himself with just showing up. There’s no participation-medal mentality in this guy. He’s been a self-starter from Day 1. Whether he’s launching businesses, from Tiger Fitness to MTS Nutrition to The Outright Bar, or he’s creating media hubs, or he’s doing a bodybuilding show, if he signs on, he’s going to give it 110%!

And there’s always a plan. Unlike other pro’s who find a contest and then embark on a prep, Marc has already launched a new YouTube channel in The Lobliner Lowdown and has asked fans what they’d like to see if he were to launch a membership website. This is what it’s all about. He’s always busy, always doing something, and as he embarks on his pro debut prep at 224lbs lean, he’s going to use his daily updates, interviews, and everything else he’s already doing, to promote his road to the 2022 Chicago Pro. Lobliner is involved in a multitude of projects, giving them his full, undivided attention.

Some might argue against this approach, largely, out of fears of being “spread too thin,” but that only applies to folks who don’t have the kind of work ethic Lobliner has. True, you still get tired from work that you love. True, there are only so many hours in the day. False, you can’t make all your dreams come true. I’m not saying anyone can do what Marc Lobliner can, but he can do everything he sets his mind to.

This is the kind of pro the sport needs. It’s no wonder he’s partnered up with Mr. Olympia Brandon Curry on a number of businesses. These guys are exactly what will grow bodybuilding. They’re family men, businessmen, and they take the stage seriously. You’ll never see Marc halfass anything that’s got his name on it. There’s a reason for that. People expect a certain level of quality from anything he does and he always delivers. I expect he’ll come in dense, shredded, with the heart of a lion, to the windy city in just shy of 19 weeks! Expect pec bounces, meal preps, sauna videos and real talk from The Machine! He’s going to push so hard, that every promoter in the Pro League will wish he’d sign up to do their show! Just imagine the level of buzz he’s going to generate for this world class production!