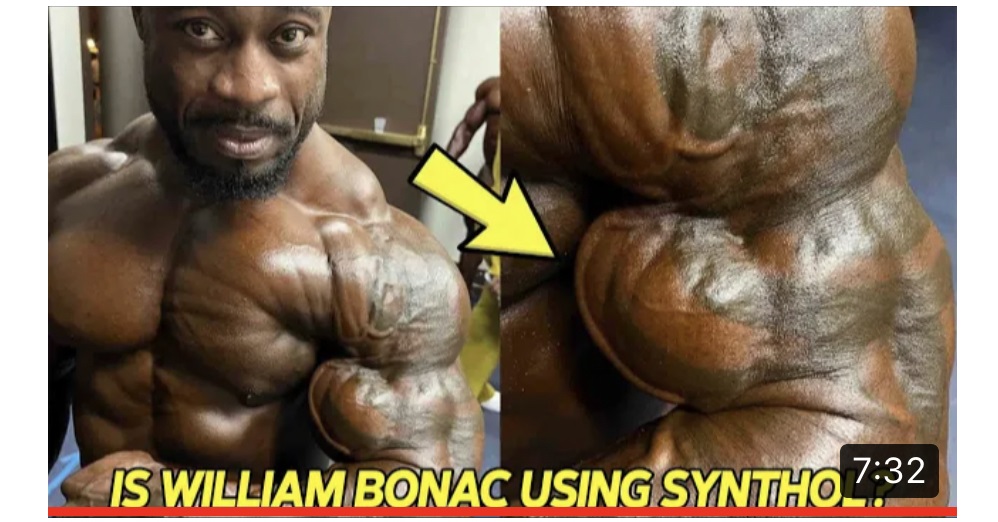 YouTuber Ivan Bodybuilding published a very bizarre video (included below) the day after William “The Conqueror” Bonac won the prestigious 2022 IFBB Pro League Boston Pro, asking the question if the champ had “synthol” (site enhancing oils) in his arms. Ivan cited legendary Yugoslavian bodybuilder Milos Sarcev, who dismissed the claim as absurd. The Youtuber then went on to talk about Sarcev’s SEO use during his heyday. IB also tried to cover his bases by agreeing with Sarcev, but later pointed to photos where he felt that Bonac’s arms didn’t match his physique. He also compared Bonac’s physique to that of the late Rich Piana, a guy who while very much-beloved, never turned pro, much less won two Arnold Classics or took runner-up at the Mr. Olympia.

The fact is, Ivan’s video would more than likely fall into the clickbait category, as the content creator’s own tone suggests he’s making a big joke. Nonetheless, IB cited Dave Palumbo and the late Bostin Loyd, who stated that if the SEO is allegedly pinned deep enough, that it’s visually undetectable. Based on that logic anyone with a great physique COULD be using said oils. That’s absolutely preposterous, but if views is what you’re after, then it you’ll get the desired effect.

I like Ivan and I enjoy his channel, but I don’t understand what, if any, newsworthiness this story has. For a video that runs over seven minutes, the creator didn’t cite a single source for Bonac using synthol, he also used a video, seemingly, about Bonac to take, seemingly, innocent digs at the greatest Serbian bodybuilder of all time. I’d actually challenge Ivan to produce some links or screenshots of any outlet or pundit who had doubts as to whether Bonac’s arms were, to quote Chris Aceto, “jimmied up.”

Ivan also took the opportunity to point out that Dave Palumbo sells synthol on his personal website. Everyone knows that. He sells SEO’s, overpriced macadamia nut oil, happy chocolate and maybe one day he’ll sell his own shoe polish haircare line. Again, for a video purportedly about William Bonac having synthol in his arms, there’s a lot going on his video. There’s plenty of name-dropping, to say the least. Again, I love ya Ivan, but this video seems pure clickbait. Again, no there’s no shame in your game if you’re ok with getting hits this way. I don’t judge others. I just won’t do that kind of coverage for SA.

With regards to weaknesses and needed improvements, William’s victory speech in Boston summed it up. He spoke about his gyno, which I (along with others) didn’t find too distracting. That said, he knows it may have cost him the Arnold and he wants to fix it for the Olympia. He spoke about his self-doubts, being at a crossroads of sorts in his career, and thanking Leo Longevity for really having his back, pushing him to get bloodwork done, and getting in his ear, about maximizing his true potential. Bonac spoke from the heart, holding back tears, after winning a huge title. Why on Earth Ivan would release a video like the one he did, the day after that huge win, and that heartfelt speech, is beyond me.