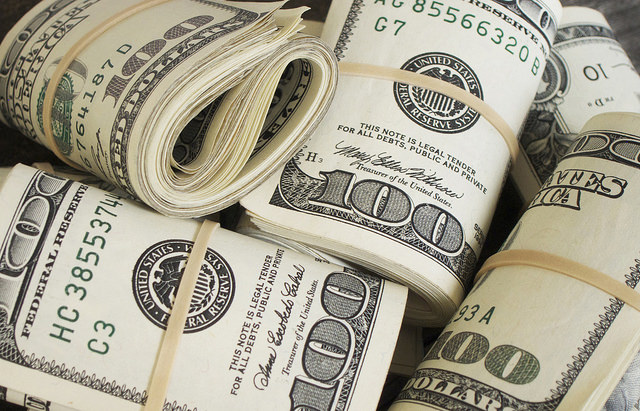 The relationship between a client and coach is an incredibly strong one. There’s an enormous amount of trust involved and many of these relationships can transcend that of lifetime friends, family members, and even that of believer and cleric. The client entrusts their coach with everything, from what they eat, to how they train, to what shows they do. Many clients who cheat on their plans feel a real sense of guilt and feel compelled to confess their wrongs to their gurus. This could even be the case in the off-season where the client isn’t prepping for a contest. The trust between the two is ironclad, but where problems may arise is when the coach takes advantage of that trust for profit. This happens all the time, especially in cases where the coach also happens to be the competitor’s supplement connect. This isn’t strictly reserved for illegal drugs, but OTC food-based supplements as well. This is why you might see supplement stores and/or supplement companies signing big name coaches and even competitors who coach. Going back to that ironclad bond, some coaches have built substantial client lists. Their teams resemble standing armies and coaches can put them on a certain brand or send them to a certain store to shop. Most won’t even ask questions; they’ll just do it.

The reason clients will honor their coach’s requests is because they believe he/she is looking out for their best interests. They’ll go to the store he/she directs because the store probably has a great selection of great products all of which the coach has studied. They’ll use a particular supplement brand because they believe that the coach has scrutinized the sea of supplement brands and decided on the one that uses the least fillers and is backed by the most science and research. Sadly, however, most of these endorsements have more to do with the coach’s bottom line than they do with the health and well-being of their clients. Most protein powders come from the same place. If it’s whey concentrate or isolate, chances are the same private label manufacturer is slapping several different company labels on the tubs leaving their facilities. It’s more about which company gives coaches more money. This is also why many coaches have their clients on subscriptions so each month they’ll automatically get billed for a stack of products.

Many coaches don’t stop at whey protein and pre-workout powders. A great many coaches are also involved with PED’s (performance enhancement drugs). The vast majority will act as go-betweens but many are increasingly cutting out the middle man and dealing directly with their clients. Why? Middlemen mean less money for them. It’s ALL about money. And when you factor the trust between the client and coach, now you’re dealing with a very dangerous situation where one person exercises far more control over the situation than the other. It can degenerate into a wholly one-sided relationship.

Take a natty competitor for example. If you hire a coach as a natural athlete, it’s your goal to get as good as possible without taking any synthetic, exogenous hormones. You may also not want to dabble with prohormones, SARM’s, SERM’s or peptides. Some natties won’t even mess with food-based supplements. It really depends on what they define as being natural and what they feel comfortable with. That said, some clients show amazing progress with just food and training and it’s only natural for a coach to speak on the possibilities if the athlete took it to the next level. I think that’s ok. I think it’s also ok to leave that option open; however, it’s not ok to start pressuring the client into taking gear. And what’s even worse is when the client is no where near their genetic potential and has actually not responded well to just training and diet, but the coach wants to get them on a cycle to have yet another income stream.

While a little cycle may not seem like much profit for the coach, we also don’t know what the coach is selling the stuff for and/or how much he’s recommending. And mind you many coaches don’t even have a high school diploma, but there they are making recommendations on – presumably – pharmaceutical grade drugs. I say presumably because most of these PED’s in the black market are trash. No one knows where they come from and the client is pretty much playing Russian roulette with their well-being.

Some of the greediest coaches also cut the middleman here as well and make their own concoctions. When you take the earnings from that little cycle and multiply them by 5, 10, or 20 clients, each needing to re-up each month, now you’re looking at a boatload of cash. And that’s just one income stream. Then there’s the sponsorship and commissions from the supplement stores, the supplement companies, the meal prep companies and every other company the coach has his team using. It’s money pouring in from a multiple sources and it’s all on the backs of the clients.

There’s definitely money in coaching, but when coaches are driving Bentley’s and living in mansions and all they do is coach clients for bodybuilding shows something’s up. There’s nothing wrong with earning a living and it’s not like competitors aren’t going to use gear, drink shakes, and hire meal prep companies anyways, but when the coach is making ALL the decisions and has all the power, then that can create a very one-sided type relationship where the motivation for everything is money. Clients could wind up taking a boatload of drugs they don’t need, that may not help them, and which might compromise their health. And they may not know the full extent of the damage until it’s too late. If you only knew how much stuff some 110lb bikini competitors are on it would leave you speechless. There’s coaches out there giving androgens to girls who aren’t even supposed to carry much muscle to begin with. There’s bikini competitors out there with voices deeper than mine and there’s absolutely no reason for it. There is absolutely no reason for them to be going so hard. It’s totally unnecessary.

If there is a hormonal imbalance at play or if someone wants optimal hormonal balance – go to a doctor. Our title sponsor, Titan Medical Center, won’t prescribe anything until you have your bloodwork done. And that bloodwork is studied by a medical professional who will work with folks on a client by client basis. This is the way to go.

Coaches have an enormous wealth of knowledge when it comes to diet, training, and contest preparations, but a great many are also clueless. I’m even reluctant to concede control over diet to them because Registered Dieticians have spent years of schooling and trials to be able to provide the best knowledge in this regard. Diet could also easily compromise someone’s health, but clients listen to coach’s advise almost blindly.

Listen, I’m not here to undermine the coaching process because it works for many, but just don’t give up all total control. I don’t want to see more people get hurt. I’ve already seen far more than I’d care to share.