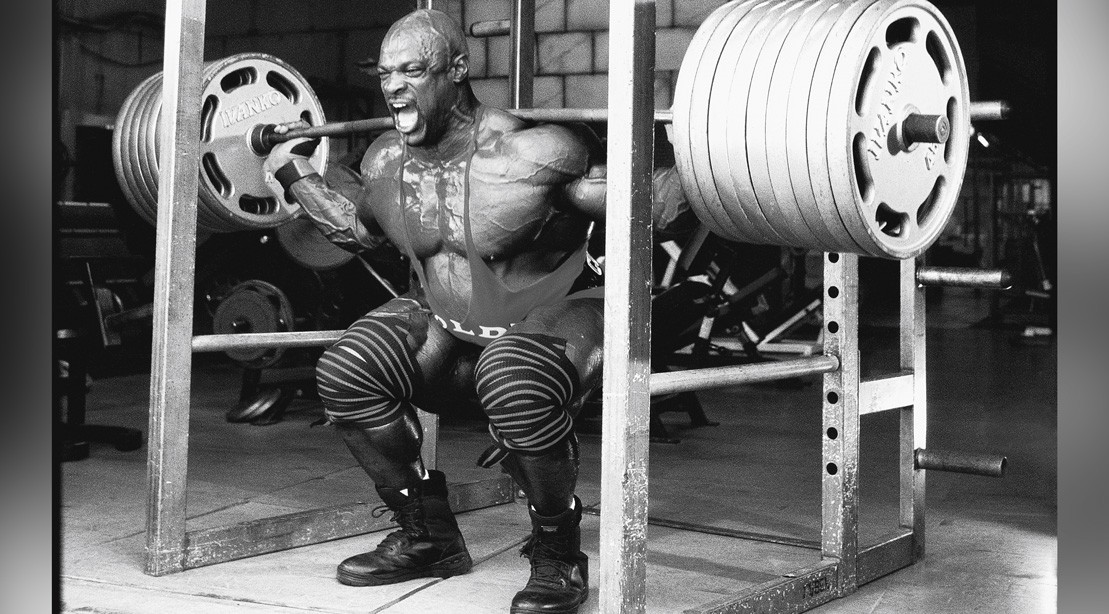 Bodybuilders lifting huge amounts of weight in the gym isn’t anything super new. Guys back in the 60’s and 70’s would lift heavy. They would restrain themselves from lifting to the point where they risked injury to life and limb, but they also liked to push the envelope. Even in Pumping Iron we saw Arnold squatting 415 barefoot and Franco deadlifting well over 500lbs for reps. Both of these guys could have gone way heavier, but they held back. There were other notable feats of strength/endurance like Tom Platz doing a couple hundred squats with 135lbs. Who does that except someone wanting to shock the world?!?!

Some pushed the limits of volume and others went the strength route. All that being said, recklessness was avoided (the only notable exception would have been Franco with his World’s Strongest Man events but that was for an actual event). Time changed though and guys started pushing crazier weights towards the end of the 80’s. As the physiques got bigger it seems the freak factor was pushed farther and farther.

Absolutely no one could have prepared the fitness industry for The Big Nasty – The King of all crazy lifts – Ronnie Coleman. The 8x Mr. Olympia never lost his powerlifting roots and made sure to bench, pull, and squat weights that defied all norms of reality. He was squatting eight plates while on contest prep and no fucks were given. With the exception of YEAH BUDDY and his AIN’T NOTHIN BUT A PEANUT, he’d move the weight like an absolute powerhouse in dead silence. It wasn’t a party, it was another day at the sweltering hot office that was MetroFlex Gym in Arlington, TX.

Training hard was the only way Coleman knew how to do it. He wasn’t about the glitz and glamour of being a pretty boy bodybuilder. There’s guys who allegedly do a full workout and emerge from the gym in the same clothes they went in. Their hair is point, they haven’t perspired, and they’re not looking like they have one foot in the grave. They might as well have come out of a Jamba Juice than the gym. That’s just plain weird, right? Guys like Ronnie and others from his era like Branch Warren and Johnny Jackson put in a serous effort to getting the most out of their workouts.

A lot of people fail to realize just how crazy Branch was. Much like Ronnie, he was all about crazy training, but his DVD’s were far more entertaining in part because of the collaboration with Johnny but also because of the fact they used chains, blocks, and other accessories. They did like to make noise, they like to talk trash, and they also wanted to scare the hell out of their competition. They might argue that point and that was never their intention, but I’d argue otherwise.

I think anyone who battled these guys on stage and saw how heavy and intense they trained would almost have to expect them to give as much on stage. A lot of guys just go through the motions. One mandatory pose is no different than the other. There’s a lot of guys who only come out of their shells for the posedown, but for guys who gave their all in the gym, it was go-time from the moment they hit the stage. They didn’t kill themselves in the gym to then half-ass it on stage.

The take home message here is that while there have been guys who took their training to the next level it does come with consequences. What works for one individual may not work for another. It’s also important to listen to your body and know when it’s time to ease off the gas. At some point retirement should also be a consideration. The alternative is to never let up, to train hard till the wheels off come. Sadly, there’s guys who ignore all the cues, and end up having multiple surgeries, complications, and/or worse. We only have one life to live and how you live it is entirely up to you, but I for one want our bodybuilding superstars to be in good health and be with us for a long time!!