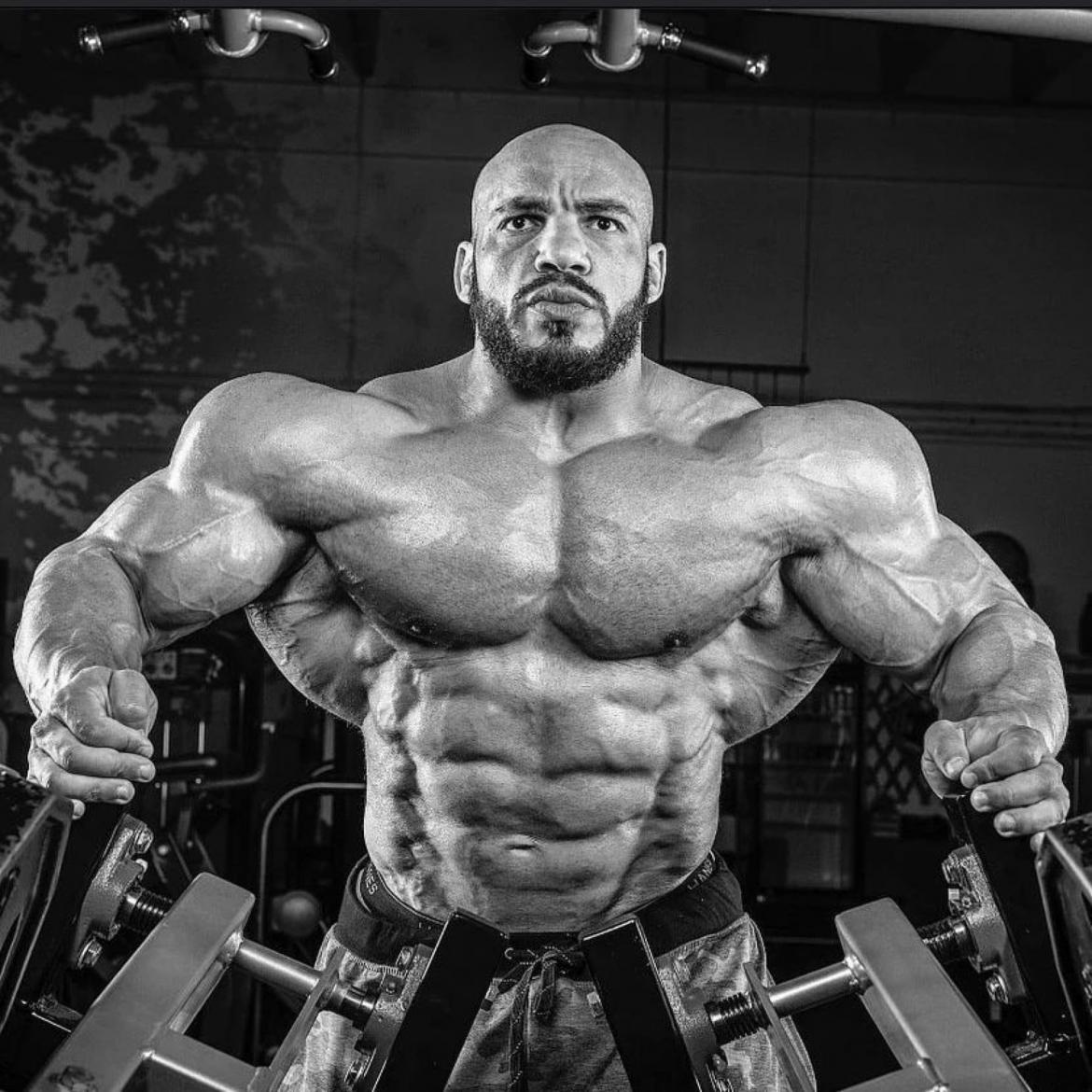 Big Ramy will win. If he looked like trash in 2021 and was still given the W over a jaw-dropping Brandon Curry, then you know that when he actually puts some effort into his prep like he has for the 2022 contest that it’s going to be lights-out. This isn’t purely because of the fact he looks awesome – and he does look awesome – but it’s also politics. Yes, you heard it here first. I haven’t used that term in well over a decade but let’s be honest. Anytime you’re dealing with a multi-year Mr. Olympia champion there’s going to be politics. Whether you want to sum it up as “you have to knock out the champion” or you want to address it as favoritism, I’ll leave those details to you. The fact is Brandon beat Ramy in 2021, but did he “knock him out?” Who even knows what that means. By that logic Shawn didn’t knock out Phil in 2017, Jay didn’t knock out Ronnie in ’01, and Nasser didn’t knock out Dorian in 1997. Again, I’ll leave that to you.

The bottom line is Big Ramy has been sporting the death face for months prior to the Olympia and he actually wants this win. I think he’s taking 2022 more seriously than 2021 (which isn’t saying much) and more seriously than even 2020 (when he was probably just hoping not to get smoked by Brandon, Phil, and William Bonac [again]). The real question now is, who’s getting 2nd?

If I had to pick who will get 2nd place it would be a 60/40 between Brandon Curry and Derek Lunsford. Brandon got screwed in 2021 but didn’t make waves. He kept quiet and went about his business. He’s a consummate professional and has a lot going for him. Once you’re in the Mr. Olympia Club it really doesn’t matter if you win one or seven. It’s only when you’re in contention for 8 or 9 that guys get crazy. Otherwise who cares if you won one, two, or five? You’re a Mr. Olympia and the 2nd place prize money is a nice payday. Plus Brandon has his own supplement company with Marc Lobliner, his own gym with Brent Laffey, and a long list of good-paying sponsors and good ties throughout the industry. He’s also very well liked by the powers that be – both in Jake’s circle as well as in Pittsburgh. If he couldn’t win the title back in 2021 – also given the behind the scenes circumstances (which I’ve been asked not to discuss), then he’s not going to win it back in 2022. He is very much the 2021 Uncrowned Mr. Olympia, however, and that year’s decision will go down as one of several blunders in the contest’s history.

Derek Lunsford is extremely well liked in the 412 and many believe he received the special invite when he guest posed there. That guest posing created a lot of buzz for the President’s show – the same show Big Ramy skipped and waited 10 days to explain why.. Derek was so confident he would get a special invite that he outgrew the 212 just months after [finally] winning the 212 Olympia. He didn’t even look at doing, much less prepped for, an open bodybuilding show to qualify for the 2022 Mr. Olympia. He just kept piling on the food, pounding the weights, and probably taking all the whey and creatine products he could find.. No one has that kind of confidence to invest tens of thousands of dollars into looking the best you’ve ever looked based solely on the possibility the phone would ring and Dan Solomon would be on the other end with a special invite in hand. Derek does have one key supporter who in time will run everything – at least on paper – and that counts for a lot when it comes to who competes and who places where IN MY OPINION. I feel that Derek will take runner-up “by the skin of his teeth” or “in a super close call” or however they choose to word it. Lunsford will more than likely “edge out” Brandon, even if Derek won’t be able to hold a candle to him. Again, I’m not here talking about physiques, here, I’m talking about reality.

I suspect Hadi Choopan will place out of the Top 3 in 2022. If he moved to the U.S. and became far more active, here, I could see where that might help, but his day has passed. Like Ramy, he has a lot of suspicious looking body parts and even attempted to sue/silence RXMuscle years ago over SEO accusations. The fact he never actually did file suit is interesting as well. It was a bs case to begin with, but the fact it was all talk makes it even worse. I also think Hadi’s stock has plummeted since his coach/sponsor has started working with Derek Lunsford and Chris Bumstead. Not only do I predict Hadi will place outside the Top 3 at the 2022 Mr. Olympia, but I give his relationship with Choopan/Evogen maybe six months post-Olympia. If he does hang on with Choopan/Evogen it’ll likely be because he’s now without his longtime manager. Between that very public break and a potentially less than stellar 2022 placing, I could see a rough 2023 for The Persian Wolf. Hopefully I’m wrong.

I don’t have Nick Walker in my Top 3 and I wouldn’t be surprised if he placed 5th or 6th. He’s just too big to compete with the runner-up candidates and he’s dwarfed by the reigning champion. I feel like he’s put himself in a box and that box will be the ceiling to his potential at the 2022 Olympia. He’s also a bit of a basket case and can’t seem to hold onto a deal or coach for very long. His ties to Fouad help, as Abiad is one of the most passionate Federation cheerleaders in the bodybuilding world. Another plus is that Nick turned pro in the 412 and is well liked by the powers that be. Nonetheless, it’s widely known he’s a loose canon. On the flipside it’s noted he’s a super low risk to create any problems. He’s a yes-man and they like that. Whether he places 2nd, 5th, or 10th, he’ll keep his mouth shut, so that’s a feather in his cap.

If we’re speaking physiques alone, I’d say Hunter could break into the Top 3 in 2022. My ideal Top 3 would be Brandon, Ramy, Hunter in whatever order their physiques, condition, and posing warranted on that given day, but Hunter will more than likely not be in the Top 3. For one, he’s a legacy. Two, he’s incredibly self-made even with that superstar last name. Three, he doesn’t kiss ass. Four, he has way too many real fans – fans that will go the distance with him. Five, him being in contention to winning and/or actually winning the Olympia puts Lee Labrada in an incredibly powerful position. And six, I don’t think Labrada Nutrition is spending anywhere near the kind of money on contests that some of the usual Top 6 athlete-sponsor companies are. I don’t even know if Labrada Nutrition title sponsors a single NPC or IFBB Pro League contest in the world. With the exception of Hunter, I don’t know of any top bodybuilders they sponsor, either. I also don’t know what kind of money they drop on booths at the Olympia, Arnold, FIBO, or other expos. I know their products are great and sell very well, but to have a reigning Mr. O as a sponsored athlete and namesake, they’d have to dig a lot deeper into their pockets when it comes to investing into the sport IN MY OPINION.

So there you have it. Ramy will win – yet again. Brandon will more than likely look like and be treated like runner-up throughout the prejudging (expect multiple comparisons over a drawn out period; also expect Phil Heath to surprise us all with some unexpected praises for Brandon on the Pay Per View portion of the coverage). Derek will probably look tighter for the night show (or maybe he’ll alter his tan or the lighting guys will get creative with him). Brandon should take second (60%), but Derek might “shock the world” and take runner-up. He will be as surprised as he was when he got the Special Invite.