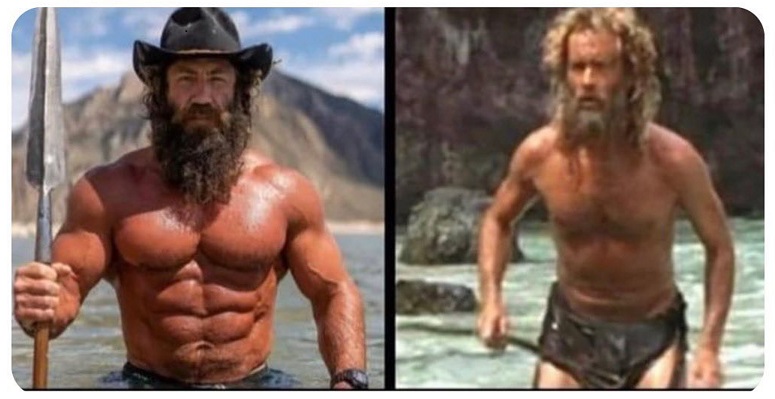 I’ve been covering the fitness industry for nearly a decade and a half and while I respect different marketing approaches, I take exception with people who falsely claim natty and look down at people who use PED’s. It’s one thing if you avoid questions about PED use, but to assert being natural, when it’s clear as day that you’re on something, is both dishonest and hypocritical. I don’t know Liver King, personally, and I can’t say I ever found anything about him that was all that interesting, but I just knew he was full of it. He’s always sported the dry, hard look that’s associated with heavy AAS use and he just looked too freaky to be natural. He’s also older and doesn’t seem to compete. He’s also very loud about not taking showers or using soap, eating raw meats, and being one with nature. Ironically, he’s doing so while pushing a supplement line and presenting it as holy grail to gains like his. Even his training is suspect, as he moves minimal weight, and doesn’t do anything dramatically different than anyone you’d bump into at a local fitness club.

I’m not looking to hate on anyone chasing their dreams, but when you have a guy actively deceiving up-and-coming lifters, that’s enough to get me to break my silence. No amount of bullshit supplements will have someone look like Liver King, let alone well into their 40’s or 50’s. The fact he’s been outed is poetic justice. And what’s worse is that if the leaked protocol is accurate, the ever-vocal alpha male caveman is running far more than your typical TRT stack. From the information shared by More Plates More Dates, the “Liver King” is running a boatload of pricey, powerful compounds.

To date, “The Liver King” has not addressed the issue of anabolic steroids, but has said he will speak on the matter in a full-form podcast interview. Could this be him trying to buy some time? Will he actually address the issue or try to deflect? The fact his before pictures are making the rounds may be enough to pressure him to the mic; then again, he’s not the first fake natty to capitalize on the lie and he certainly won’t be the last.

What say you? Is Liver King a con man or just the next fake natty to profit off the lie?